WINNERSANDWHINERS.COM – TAMPA – Week 11 of NFL football continues as the New Orleans Saints travel to Raymond James Stadium to take on the Tampa Bay Buccaneers on Sunday, Nov. 17 at 1:00 P.M. These two teams have already met this season and the Saints won the first meeting by the score of 31-24.

New Orleans enters this game with a 7-2 record as it lost to Atlanta at home last week by 17 points. In that game, New Orleans could not do anything well offensively as it only scored nine points while allowing a whopping six sacks. Despite the loss, New Orleans is still in first place in the NFC South with a two-game cushion. The loss was a bit concerning since it came off a bye week but the Saints are still in a prime position to make the playoffs so it should be viewed as nothing but a minor speed bump. However, New Orleans has to be extra careful that this type of lackluster performance does not carry over into this game as it will need to get back to its winning ways moving forward.

New Orleans’ offense is led by star wide receiver Michael Thomas who has looked like one of the best receivers in the league this season. He already has 86 receptions for 1,027 receiving yards along with four receiving touchdowns. With all of the injuries that New Orleans has had to deal with this season, Thomas has been as durable as possible and he will look for another big performance in this game.

Bruce Arians has the Buccaneers in okay form headed into this game. The Buccaneers have lost six of their first nine games and are in third place in the NFC South. On the bright side, Tampa Bay does enter this game on a high note as it was able to beat Arizona by three points at home last Sunday. However, Tampa Bay has still been extremely underwhelming at home this season as it has only won one of its first four home games. Plus, New Orleans is significantly better than Arizona so Tampa Bay will need to play even better in this game than it did in its last game. If Tampa Bay is able to do that, a victory is definitely within reach.

Tampa Bay’s offense is led by quarterback Jameis Winston who has been very inconsistent this season. He has thrown for 2,765 passing yards and 17 passing touchdowns. However, he has also thrown 14 interceptions which is the most in the entire league. Now, Winston will look to avoid committing any turnovers against a very solid defense on Sunday.

These two teams are not even close in terms of talent and I have to take the Saints as a result. New Orleans is off an embarrassing home loss against one of the worst teams in the league and I think that the Saints will be fully motivated to dominate this game for all 60 minutes. Tampa Bay makes too many mistakes and I can see New Orleans winning this game by double digits. New Orleans will take an early lead and will build on it late as Tampa Bay will make some crucial turnovers down the stretch like it normally does. Give me the road team.

With Tampa Bay’s defense and New Orleans’ offense, I have to take the over. New Orleans struggled a lot last week offensively but it is still an elite unit in the league and I expect it to get back on track against one of the worst defenses in the entire league. It would not surprise me to see New Orleans score at least 31 points as a result. At the same time, Tampa Bay’s offense is pretty good and I can see Winston throwing a few touchdown passes against New Orleans’ injured secondary. Give me the over as a result.

Insiders Status: INACTIVE
Join for free today to get access!

After such a terrible performance last week, I think that the Saints will be very eager to get off to a fast start in this game. New Orleans should look significantly sharper offensively against Tampa Bay’s awful defense and I think that the Saints should score at least 17 points in the first half. Plus, New Orleans still has a great defense that should force Winston into making some turnovers early on. Give me the road team as a result.

Scott Reichel is a University of Wisconsin-Madison graduate with an insane passion for sports. His commitment to endlessly researching statistics helps separate him from other handicappers with regard to MLB, NBA, NCAAB, NCAAF, NHL and NFL coverage. Scott also shares his passion for sports on StatSalt’s YouTube page where he does a daily show called Scott’s Selections. 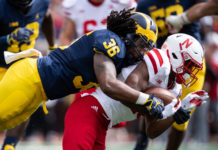