The Tampa Bay Rays saw their comeback fall short in losing to the Cincinnati Reds 7-3 on Monday night.

They trailed much of the night but cut the lead to 3-1 on Steven Souza Jr’s solo homer in the sixth. They tied it an inning later on Daniel Robertson‘s 2-run homer.

Jose Alvarado (0-2, 5.29 ERA) allowed all three batters he faced to reach base and gave up the lead. He was charged with three runs (all earned) on two hits and a walk. Danny Farquhar worked two innings and was charged with one earned run.

With the loss the Rays drop to 37-36 on the season. They lose a 1/2 game to the idle New York Yankees who they now trail by four full games in the AL East.

Michael Lorenzen (4-2, 3.05) picks up the win for the Reds who see their nine game losing streak come to an end.

Jake Odorizzi started for the Rays allowing three earned runs on five hits while striking out four and walking three. Two of the hits, accounting for all three runs, came on home runs.

It was h is third multi-homer start of the season and he has now allowed homers in 10 straight appearances/starts. The streak is the second longest in franchise history, tying James Shields who did it from July 30 through September 22, 2006. The franchise mark is 11 straight held by Wilson Alvarez (1998). He has allowed homers in 18 of his last 19 starts dating back to Aug 30, 2016 at Boston (injury shortened 1-inning start).

Daniel Robertson delivered a two-run homer in the seventh inning. He now has eight runs driven in over his last five games, compared to eight over his first 48 games (42 starts). The homer snapped a 56 at-bat homerless drought dating back to May 30th at Texas.

Tim Beckham was hit in the hand by Scott Feldman in the fourth inning. He remained in the game to run the bases but departed after the frame ended. On a hopefully positive note, x-rays were negative and Beckham hopes to be ready in a couple of days.

Trevor Plouffe made his debut for the Rays and went 1-for-4 on the night. The one hit was a single but unfortunately the night will be remembered for bouncing into a 5-4-3 double play with the bases loaded. 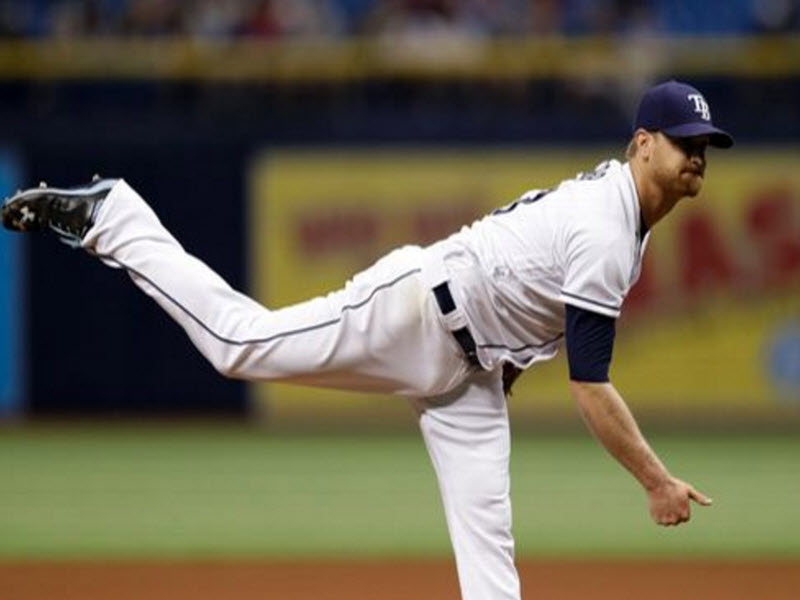