The Tampa Bay Lightning missed the playoff’s a year ago. injuries piled up. Too many to mention. Steven Stamkos held to 17 games last year, appeared in 78 this season. Ryan Callahan limited to just 18 games a year ago, was active in 67. Brayden Point increased from 68 games to 82 and Tyler Johnson from 66 to 81.

The Lightning were active at the trade deadline. Steve Yzerman had to create cap space, get value for players who were hitting the free agent market anyways, and in the background of all this was the looming Vegas expansion draft. A quick look back:

– Traded Brian Boyle to the Toronto Maple Leafs for Byron Froese and a second-round pick (2017).

– Dealt Valtteri Filppula, a fourth round pick, and a conditional seventh round pick to the Philadelphia Flyers for defenseman Mark Streit.

– Flipped Mark Streit to the Pittsburgh Penguins for a 2018 fourth round draft pick.

After the trade deadline, the Lightning settled down and from March 1 through the end of the season went 14-5-2. Andrei Vasilevskiy had taken over as the number one goalie and proved he was more than capable to shoulder the load. In that span, Brayden Point (9-7–16) proved an effective scorer and Yanni Gourde averaged 16:04 of ice time while putting up 8-points (2-6–8) in 18 games.

The Lightning’s playoff hopes weren’t dashed until after they had played their 81st game of the season. The long journey that started with high expectations ended without a playoff run, despite finishing just three points shy of the previous year. A season in which they reached the Eastern Conference final.

The Lightning took a lot from last season’s battle and were once again looked at as a team to challenge for the cup. ESPN’s Barry Melrose threw the term “awesome” at the Bolts prior to the season.

They’ve got depth, they’ve got scoring ability, the triplet line was so good when they had the long stretches in the playoffs a couple of years ago. This team is excellent. If they stay healthy, with the lineup they have, the ownership they have, with the General Manager of Steve Yzerman, this is a heck of a hockey team.”

Jon Cooper didn’t mind the accolades saying he’d rather be looked at than looked over. “If you’re being looked over it probably means your expectations aren’t that high and in a lot of situations that’s good.”

Cooper reflected back on last season and the positives that came out of it.

“You get to find out about players. You get to find out how they react,” Jon Cooper told Roger Mooney of the Tampa Bay Times. “Not that you’re making prejudgments into this year, but it definitely had an effect. And for myself personally, it was kind of a reset for me of how I need to be moving forward, analyzing what I’ve done before but also looking myself in the mirror and saying how I’ve got to get better. All of that was a product of last year.”

The Lightning remained relatively healthy this season. They got off to a blazing start going 24-6-2 in to begin the season. This set the expectations sky high, as they should be. Unfortunately, as the season went on and their pace of winning slowed, doubt began to creep in.

After a loss to the Philadelphia Flyers, Captain Steven Stamkos questioned whether the Lightning had the will to win. Later, after being asked what it would take to get back to the way the team played early in the year, Stamkos said, “we need to get back to having fun.”

The Lightning head into the playoff’s with high expectations. Right now their biggest task isn’t to live up to expectations, it’s to get past the New Jersey Devils. That starts tonight at Amalie Arena. 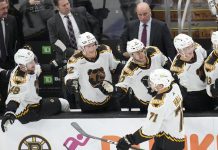 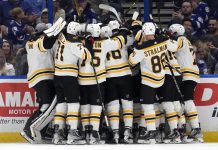 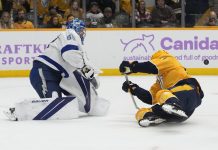 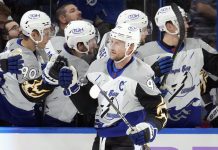 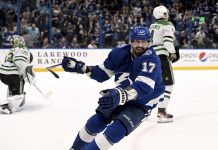