The Tampa Bay Rays were unable to complete the sweep against the Toronto Blue Jays falling 2-1 on Sunday afternoon.

Jose Alvarado (1-5, 2.55 ERA) takes the loss for Tampa Bay who fall to 60-58 on the year. The loss ended the Rays chance at their first road sweep since mid-May and they see their five game win streak against Toronto come to an end.

Jaime Garcia (3-6, 6.10 ERA) picks up the win for Toronto who improve to 53-64 on the season. Ken Giles came in to register the final three outs to pick up his 13th save on the season. It’s his first save since being acquired by Toronto from the Houston Astros.

Tampa Bay held a 1-0 lead on the strength of a 2-out single by Willy Adames that scored Joey Wendle in the second inning.

The Jays came back to tie the game on a Devon Travis single and groundout by Randall Grichuck scoring Kevin Pillar from first on a bang-bang play that was challenged by Rays Manager Kevin Cash.  The call was upheld.

The story of the afternoon was the performance of Tyler Glasnow who was making his third start for Tampa Bay since being one of the players acquired from the Pittsburgh Pirates in exchange for Chris Archer at the trade deadline.

Glasnow worked five plus innings departing after walking the leadoff runner in the sixth inning. He was charged with one earned run in the five plus innings of work. It was another impressive display of command as he struck out six, walked two, and allowed just two hits. He threw 79 pitches with 48 for strikes.

After the game, the Rays optioned Jaime Schultz to Triple-A Durham. To take his place on the roster they activated Chaz Roe from the disabled list.

Tampa Bay has an off-day on Monday before taking on the Yankees beginning Tuesday night at 7:10. 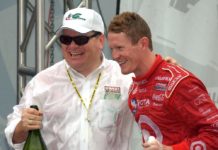 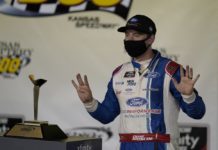