On November 14, 2014 the Tampa Bay Rays traded Jeremy Hellickson to the Arizona Diamondbacks.  Arizona sent Justin Williams and Andrew Velazquez to the Rays.

At the time of the deal, Williams had just turned 19 had finished the season split between Arizona’s Rookie League team in Missoula and their Class-A affiliate South Bend Silver Hawks. Overall, he slashed .351/.403/.467 with 21 extra-base hits including four home runs, five triples, and 12 doubles.

Velazquez was 20 years old and had finished the season with the Silver Hawks slashing .290/.367/.428 with 42 extra-base hits including 18 doubles, 15 triples, and nine home runs while swiping 50 bases.

Since the trade, Williams has progressed through the system while seeing his stock rise at each level. Currently, Williams is ranked as the Rays 10th best prospect by MLB.com.  An impressive feat for a prospect considering MLB.com ranks the Rays farm system among the best in baseball (#4 overall).

While Williams has seen his stock rise, Velazquez stock flat lined. He was limited to 51 games in 2015 after breaking his hamate bone. The injury bug hit again in 2016 limiting him to 75 games with the High-A Charlotte Stone Crabs. He hit .262/.313/.308 with just 11 stolen bases.

He spent the 2017 season with the Rays Double-A affiliate and appeared in 108 games logging 413 plate appearances. It was a struggle as he hit just .235/.297/.374 adding in 18 stolen bases. He struck out 27-percent of his plate appearances (112 times) while walking just 7.2-percent (30 times).  While with the Biscuits he began his transition to center field.

After spending the first eight games of the 2018 season with the Biscuits he was promoted to the Triple-A Durham Bulls. While with the Bulls he has played well starting nine games in center field and four at second base. He’s batting .275/.339/.412 (14-for-51). He has had a pair of homers and has stolen eight bases.

While there will be a lot of attention paid to the first wave of prospects on their way to the Rays this season, there are others like Velazquez that have met resistance and hope to prove that they have made the proper adjustments. 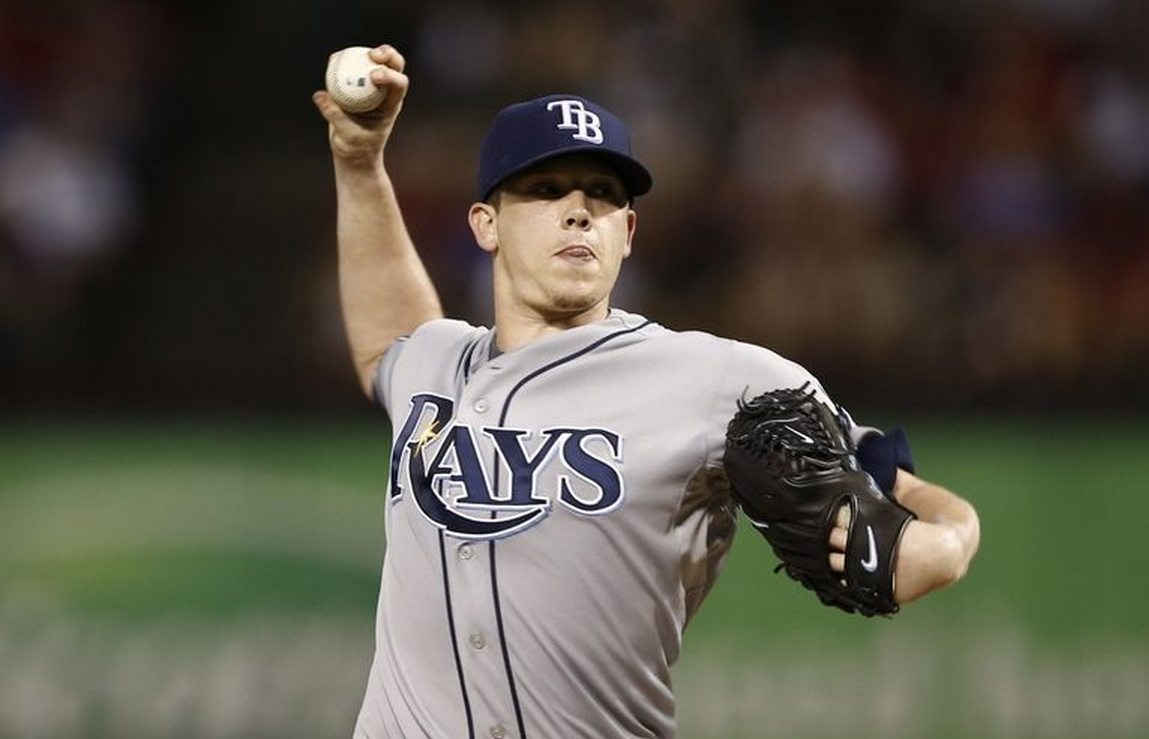 He was unable to land a major league contract over the winter but did sign a minor league deal with the Washington Nationals. He had his contract purchased by the Nats’ in April and has pitched to a 3.00 ERA (7-ER/21-IP) across four starts.

If the name Sam McWilliams looks familiar, it’s because the Rays just added him to their system as one of the two players to be named later in the Steven Souza Jr. deal with Arizona.

Rays Spring Training Primer: What To Do With Luis Patino