Rays Off To Worst Start In Franchise History 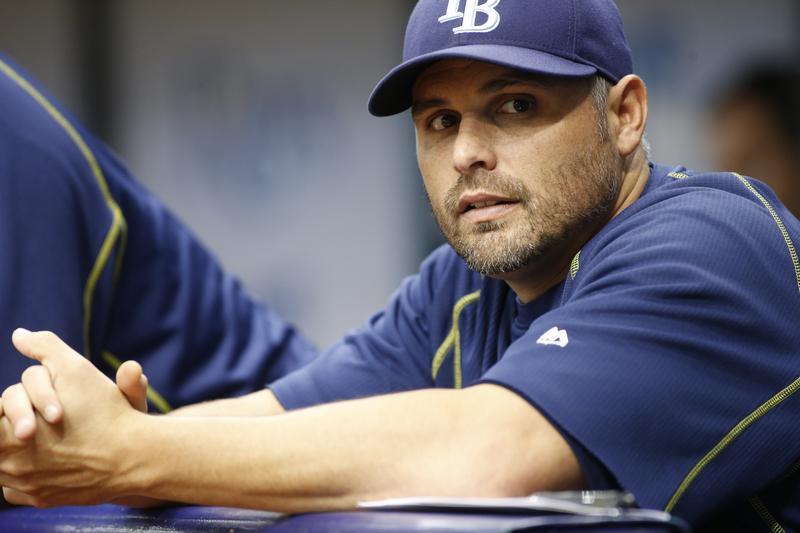 The Tampa Bay Rays are off to a woeful 3-12 start. It’s the worst start in franchise history. They are coming off a 3-game sweep by the Philadelphia Phillies at Tropicana Field. They have lost six in a row at home and it appears that the team has lost Kevin Kiermaier for a significant chunk of time with a thumb injury. For the second week in a row there are a lot more gripes than likes but let’s start with the positive.

Yonny Chirinos has stepped up and provided the Rays with effective and efficient innings. In his first appearance against the Red Sox at Tropicana Field he worked four scoreless innings (56 pitches).Â  In his first MLB start, in Boston, he held the Red Sox scoreless through 5 (54 pitches). Against the Chicago White Sox, he delivered 5.1-innings of scoreless ball (75 pitches).

Overall, he’s worked 14.1-innings of scoreless baseball while striking out 12 and walking two. His strong early season performance has caught the eye of David Lauria over at Fangraphs (Link).

Overcoming doubt. It will take more than one start to erase the memory of Jake Faria‘s 1.2-innings, 73-pitch nightmare in Boston on April 7th. That start on the heels of a poor spring training and not so glowing first start of the season gave many fans (and probably coaches) a cause for concern.

Faria took a big step forward against the Philadelphia Phillies on Friday night allowing 1-earned run over 5.1-innings of work. Overall, his numbers remain ugly (0-1, 8.18 ERA), but at least his ship is pointed in the right direction.

Mallex Effect On Both Sides Of Ball:

Mallex Smith can make a lot happen on the base paths. He is an ardent student of the game, shown writing his “lessons learned” in a notebook in-game. Thus far, the 2018 season has been a mixed bag for the energizing Smith.

He has been one of the few bright spots in the Rays lineup, batting .350/.409/.475 with two triples and a double. He has also stole two bases, but has been caught stealing three times.

The issue this season has come in his base running and his play in the outfield. In a small sample size, he’s been thrown out at home three times, dropped a ball in left field, failed to make a game winning catch in Boston, could have ended a game in Boston with a strong throw to the plate, and played a single into a double against the Phillies on Sunday.

Smith is an exciting player, but is going to have to learn to allow the game to come to him, rather than forcing his skills onto the game.

Yarbrough Not Confident In Arsenal:

Ryan Yarbrough, like Yonny Chirinos, is the type of pitcher who pounds the strike zone. In Triple-A last season, he struck out 9.1 batters per nine, while walking just 2.2-per nine. This season, he has walked more batters (9) than he has struck out (8) in his 12.2-innings of work.

On Sunday, he made his first big league start, going 4.2-innings and allowing five runs (2-earned) on three hits while walking two and striking out two. Of course, some of his performance may be attributed to the anxiety that comes with a players first major league start. Manage Kevin Cash summarized the start by saying it was o.k. Not really a ringing endorsement.

“As soon as he figures out that his stuff plays up here, to trust it, to attack hitters early in the count, that’s what makes him good.”

He’ll have another opportunity to attack hitters in his next appearance (start/relief), but the message that he needs to be more aggressive has been sent.