The Firestone Grand Prix of St. Petersburg has been a great fit for Team Penske

News Talk and Sports Talk Florida is proud to be your host for the 2017 Firestone Grand Prix of St. Petersburg. Besides all of the wonderful pre-race coverage we provide here don’t forget to listen to all of the action on WHBO 1040 AM The Flagship home for the start of the 2017 IndyCar season.

The big news for 2017 is that Chip Ganassi Racing have returned to Honda power following three season with Chevrolet and this weekend, following the departure of Target, Scott Dixon will carry primary sponsorship from GE LED Lighting along with associate sponsorship from NTT DATA.

All four Ganassi cars were extremely quick during last week’s final test before the opening of the race of the year where the team had a 1,2,3,4 on the final day at Sebring International Raceway.

We talk with Dixon and his Ganassi teammates Tony Kanaan, and Charlie Kimball. All three drivers have a strong shot to win this weekend in St. Pete.

Meanwhile, Team Penske have a great record at the Firestone Grand Prix of St Petersburg as they have won here twice in the last two years with Juan Pablo Montoya winning here in 2015 and 2016.

We talked with the pride of Team Penske the 2016 IndyCar Champion Simon Pagenaud. He is confident that he can put together another strong performance in 2017 starting Sunday in St. Petersburg.

One interesting story line at Team Penske is that Montoya has been replaced in the No.2 Verizon Chevrolet by former Ed Carpenter Racing driver Josef Newgarden. 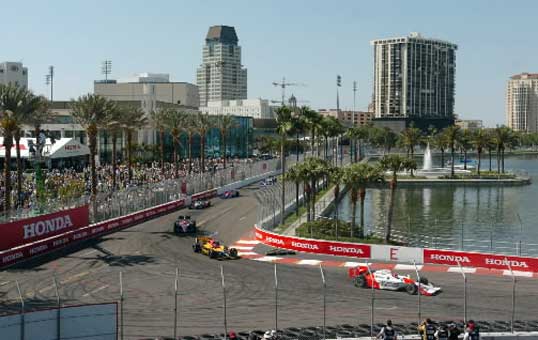 Coming off an incredible 2015 Verizon IndyCar Series championship run where Montoya led the team, won his second Indy 500, and finished second in the standings, 2016 proved to be a deflating experience for the mercurial Colombian. So while he remains with Team Penske, the 41-year-old will take a backup role. Meanwhile, the team also boasts super stars in Will Power and Helio Castroneves will round out what might be the strongest team in the Indycar season.

Some other teams to watch are Schmidt Peterson Motorsports with the very talented James Hinchcliffe. He is a good bet in St. Pete. He loves the road course and has a good record here having won the event with Andretti Autosport in 2013.

He will be driving a Honda powered car for Schmidt Peterson Motorsports, so the Mayor of HinchTown will be hoping for a strong result this weekend.

Speaking of Andretti Mororsport, Marco Andretti remains confident as he told Kurt Shriner and Chris Fisher this week. The team signed Takuma Sato, to go with hold over’s Alexander Rossi and brings back Ryan Hunter-Reay, they will all be running Honda powered cars. 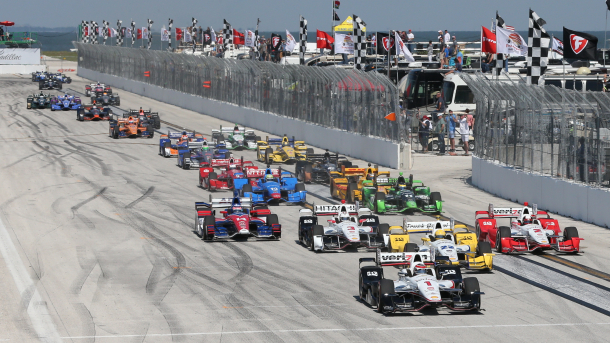 A.J. Foyt Racing will be hoping for a strong start to a new chapter in their history as not only do they have two new drivers in Conor Daly and Carlos Munoz but they also have a new engine supplier with Chevrolet replacing Honda.

So, who will win Sunday in St. Pete?

A safe bet would be a Team Penske car, Power actually won the pole here in 2016, but he suffered a concussion during qualifying and could not race. He has finished in the top three here four times, including in 2014 and 2015, and he will return to St. Petersburg with a win in 2017. That would also be another win for Team Penske, which has won eight times in St. Petersburg, while no other team has won here more than once. You have a stellar group to pick from there, led by Montoya, Castroneves and Pagenaud, along with Josef Newgarden, but Power should be your pick.