The National Football League regular season begins with a big football celebration taking place in Philadelphia complete with a replay of the Philadelphia Eagles Super Bowl victory on the big screen at Penn’s Landing along with musical acts. The NFL wants to make sure that every game is an event. But the NFL does have some problems. An arbitrator ruled that Colin Kaepernick’s grievance against the league alleging he was blackballed because while in uniform he took a knee during playing of the national anthem protesting among other things police brutality against the African American community can proceed. The anthem protests by Kaepernick and others have overshadowed the football industry’s real problem, permanent brain damage from repeated blows to the head that could have started showing up in players during their high school football careers. Remarkably the concussion issue has not had much of an impact on parents who are still permitting their children to play for youth level teams.

Despite the rants from the bully pulpit, despite evidence that some people have been turned off by the protests, the NFL remains extraordinarily popular. Sure there has been some erosion of the television ratings but the same holds true of most TV product. The NFL brand though remains reliable and reaches the hard to get young male demographic. That’s why TV networks still bid an incredible amount of money to land the product and advertisers pay for commercials. In 2017, despite all of the Oval Office blasts, the NFL had 71 out of TV’s 100 top ranked shows. The Super Bowl continues to pull in a massive number of viewers. Nevada gave Mark Davis $750 million in subsidies to build a Las Vegas stadium for Davis’s Raiders business. The Kaepernick grievance and Oval Office tweets won’t matter all that much. Money talks. 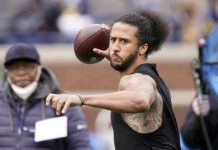 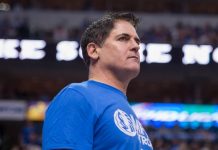