The sun is shining, the sky is blue and cloudless, and the flags are barely fluttering atop the grandstand at No. 18 that will be welcoming a British Open champion in about eight hours.

The final round is well underway at Royal St. George’s and the conditions couldn’t be more pleasant for the world’s best golfers.

Louis Oosthuizen leads on 12-under 198 and is looking to end a run of near misses at the majors to win his second claret jug after 2010.

The South African is a shot clear of former PGA champion Collin Morikawa and they go out at 2.35 p.m. local time. Three-time major champion Jordan Spieth is a further two strokes back.

There has been some decent scoring already. Kevin Kisner went out on his own at 8 a.m. and shot 68. Brendan Steele was 4 under and bogey-free at the turn. 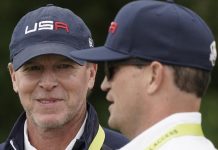 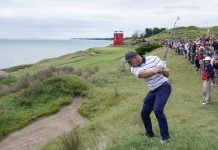 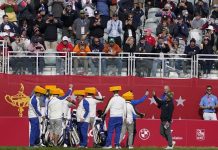 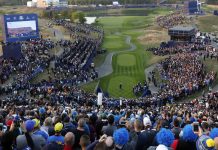 Column: Ryder Cup scrutiny usually starts when it’s over. All eyes are on the US for next week’s big event. 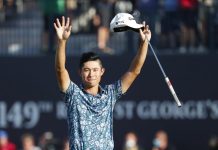 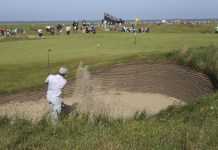 The Open Champion: Reasonable scoring not for everyone at Royal St. George’s