The Kingdom of Saudi Arabia is hosting the largest falconry and hunting event in the world. The on-going ten-day event is being held from August 25 – September 03, in Riyadh- Malham. Over half a million visitors are expected to attend the Saudi Falcons & Hunting Exhibition and International Falcon Breeders Auction. The exhibition casts such a giant net partly because it includes something for everyone, from an art show to a camping show.   Yet, it is the falcons that are the star of the event. Hundreds of examples of various birds of prey are kept in a unique exhibition hall for the event. Breeders of birds of prey come from around the world to attend the event. The exhibition comes as Saudi Arabia’s top falconry club hails success in efforts to reintroduce birds of prey into the country.

“This kind of exhibition attracts not just falconers, but also tourists, conservationists interested in wildlife and outdoorsmen,” “and were proud of this event and its links to our culture,” said Hussam Al-Huzaimi, the CEO of the Saudi Falcons Club

Last year the top bird “Gyr Qarmousha” earned half a million dollars at auction. This year trading has been surprisingly robust, say, vendors, with auctions taking place nightly over the event ten-days.

The event includes vendors from as far afield as North America and Central Asia though most of the bidders are from Europe and the Middle East.

The Covid-19 pandemic did not prevent the Saudi Falcon Club from launching Hadad – a program to reintroduce falcons into the wild. The Saudi Falcon Club has worked with various Saudi government and international institutions to ensure the success of the reintroduction program.  In 2021, some 33 females were introduced to areas with a male mountain Barbary falcon without a female. The eventual pairings would produce more than 47 chicks, this year another 24 females were introduced, so that the eventual pairings produced 151 chicks.

“We have to select areas where we know the falcons will survive. This is an animal that can be here one day and next week be in Europe if it is not happy with the surroundings in which it finds itself. So we did detailed studies, and we have been very pleased with the results so far that the population will continue to grow,” said Al-Huzaimi.

All the falcons reintroduced were bred in captivity and were gradually introduced into their new habitats. New techniques are carefully being developed to ensure the success of the reintroduction of falcons into the wild they hope will become a global standard.

High-tech solutions have been used to remotely monitor the health and status of falcons reintroduced to the wild to watch the development of new nests and ensure that the future of the species in Saudi Arabia — will soar. 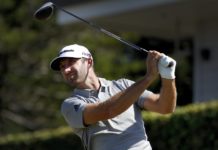