Farmingdale, NY- On April 14th, Tiger Woods completed one of modern sport’s greatest comebacks. He outlasted the field at Augusta to beat Xander Schauffelle, Dustin Johnson, and Brooks Koepka by one stroke for his fifth Masters. The golf world celebrated his triumphant 15th major title and first victory in eleven years.

Thirty-two days later, Tiger arrived on the tenth tee of Bethpage’s Black course to take another step towards Jack Nicklaus’ record 18 majors and to tie Sam Sneed’s record 82 PGA Tour victories. He was paired up with the reigning Open Champion, two-reigning US Open Champion, and appeared ready for primetime. He thrives under the bright spotlight.

Yet the spectacle never materialized. Tiger double-bogeyed his first hole of the tournament and hole seventeen. He recovered to record the first eagle on hole four. But three bogeys in the final five holes set Woods at +2 after an opening 18.

Tiger returned to the course on Friday and went even on the back, with a pair of bogeys and birdies. However, the first five holes on the back nine sank Woods’ chance at the weekend. He bogeyed four of those holes and sank to +5. With the cut line at +4, Tiger still had a chance to advance to the weekend on 18. But a poor approach into the rough infront of the green forced a chip-in for the weekend which failed.

This is Tiger’s 26th missed cut in his career. It is his first missed cut at a major since last year’s US Open and his fourth ever missed cut at the PGA Championship.

“I’m not playing the weekend. That’s disappointing. Just didn’t quite have it.”

When asked about being able to match the emotional high after the Masters, Tiger answered: “It’s a nice problem to have. You know, so I’ve enjoyed being the Masters Champion again, and the PGA was a quick turnaround, and unfortunately, I just didn’t play well. I didn’t do all the little things I need to do correctly to post good scores and put myself in position to shoot good scores.”

Tiger was not the only notable player to miss the cut. Bubba Watson missed by one stroke after failing on an in-tight birdie attempt on 18 for his seventh missed cut at a major in the last three seasons. Padraig Harrington had an abysmal +8 to finish his tournament trip at +13. Sergio Garcia, Russell Knox, Patrick Reed, Jim Furyk, and Martin Kaymer are all not advancing to the weekend either. 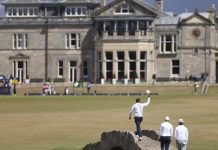 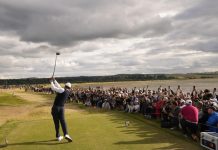 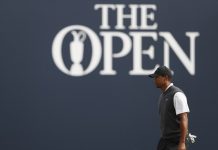 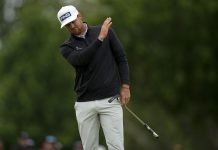