The stadium is the problem.

It has not been a good launch for the owners of the English Premiership Tottenham Hotspur football team or the National Football League’s new London stadium. The NFL has thrown money into the stadium that will eventually feature NFL matches but not in 2018 as scheduled. The facility remains closed until a number of safety issues are addressed which means that Tottenham Hotspur matches starting with a game against Liverpool will be played at Wembley Stadium for the foreseeable future. An NFL game between the Oakland Raiders and the Seattle Seahawks scheduled for October 14 will also be played at Wembley. The NFL has a 10-year deal with Tottenham Hotspur owner David Levy to play two games a season at the stadium and the NFL also has a minimal investment in the building paying ten million pounds to help develop the stadium concept to suit American football’s needs. The Union of European Football Champions League games scheduled at stadium will also have to be moved.

The stadium that the English Premiership and the NFL deem valuable and necessary for future successes is apparently not seen through the same lens as potential marketing partners when it comes to stadium naming rights. Levy wants a 200 million pound ten year naming rights agreement. He is not getting what he wants. There is always a question about the real value for naming rights and whether it is worthwhile for a company to spend big money to attach its name to a stadium or an arena. Names get repeated mention during sports telecasts, radio broadcasts and on league and team websites. For some strange reason, newspaper reporters, TV sports anchors and radio sports reporters always feature the stadium name within the reports. Yet there is no way of knowing how the public reacts in terms of consumer spending. The Tottenham/NFL stadium has quite a few problems. 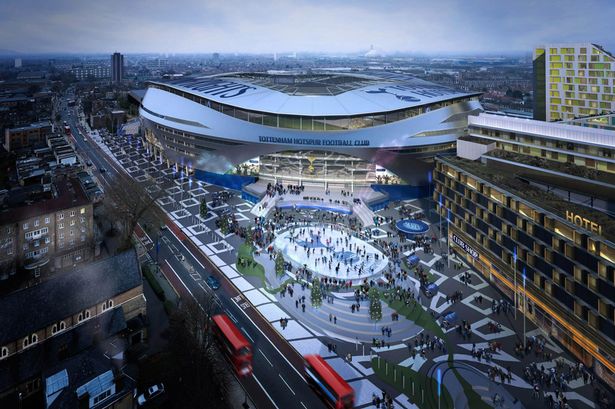