The UN has some concerns.

The 131st International Olympic Committee Session is underway in Lima, Peru and it is expected that International Olympic Committee delegates will vote to award the 2024 Summer Olympics to Paris, France and the 2028 Summer Games will be given to Los Angeles following another vote. That is the easy part. But there is a question that should be brought up which may be ignored. The International Olympic Committee has permanent observer status at the United Nations and in theory the IOC, which is not a nation or a government, can bring up issues before the General Assembly. As part of the United Nations, there should be two red flags waiving in front of the voting IOC delegates in Lima. The UN has some real concerns about the United States of America after the events in Charlottesville, Virginia. The UN committee urged political leaders “to unequivocally and unconditionally reject and condemn racist hate speech”.

The United Nations High Commission For Human Rights is also concerned about what it perceives as an attack in the United States on the freedom of the press. Normally there are no problems in the awarding an international sporting event to the United States and it would be easy to ignore United Nations concerns. However in this case, the IOC is attached to the United Nations. But the IOC just looks for money and does not worry about conditions and issues in the cities and countries that want the two week sports extravaganza. The IOC has taken some political stands in the past including expelling South Africa from the Olympic Movement in 1964 because of Apartheid but for the most part the IOC has overlooked human rights issues particularly in China. The IOC sells the Olympics to the highest bidder and in the Lima vote, there are just two cities who want the Games. Paris and LA. 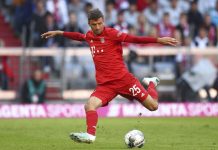 IOC Says To No Protests