UCF Bounces Back To Beat Houston In Terrific Game

UCF Knights bounces back after a tough loss against UCONN and defeated Houston by the final score of 77-70.

It was an exciting game that went back and forth throughout with both UCF and Houston making 10-0, 7-0, and 11-2 runs respectively. Both teams put their hearts out on the floor tonight and were really playing hard physical defense. There was a play in the game where there was a loose ball and about seven to eight guys were diving on the floor trying to get to the loose ball.

“I think it was just a high level game.” Coach Dawkins says. “I think both teams were playing at a high level and just really proud of our guys for bouncing back from coming off a tough lost last week, to sit out six days and to come back as sharp as they were, I was really proud of them.” 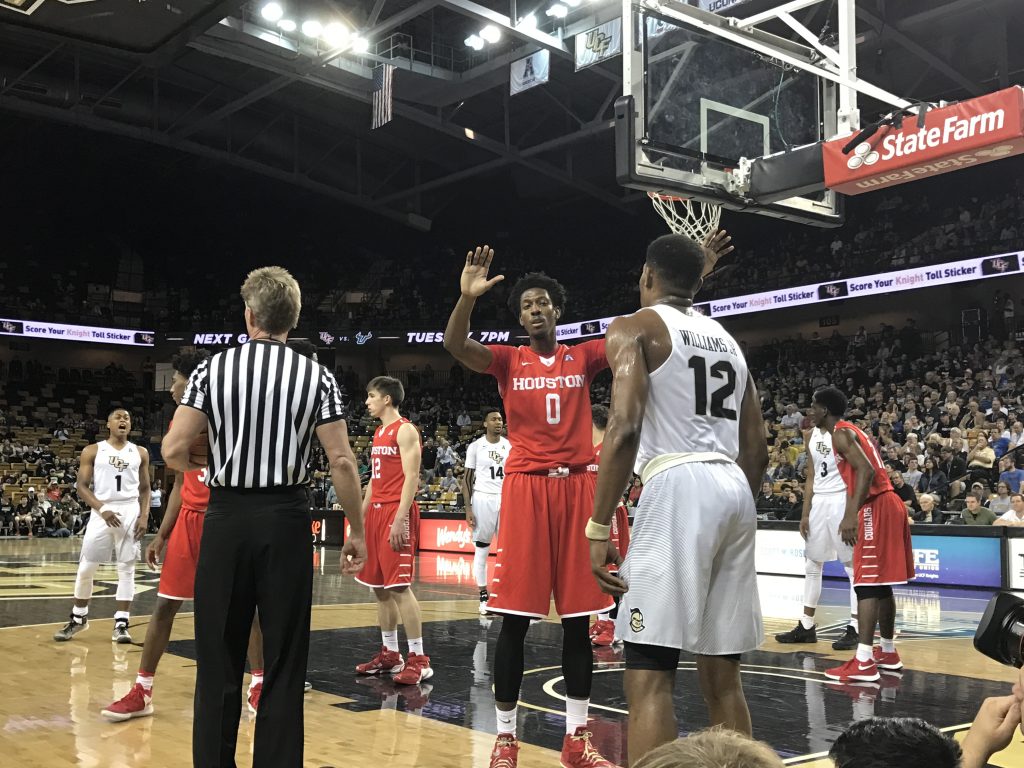 The Knights got off to a great start when Matt Williams was on fire to begin the game. He hit two straight three’s to start the game, hit a pull up jumper and then preceded to pass the ball down low to Tacko Fall and he put it in with authority to cap a 10-0 run to start the game. 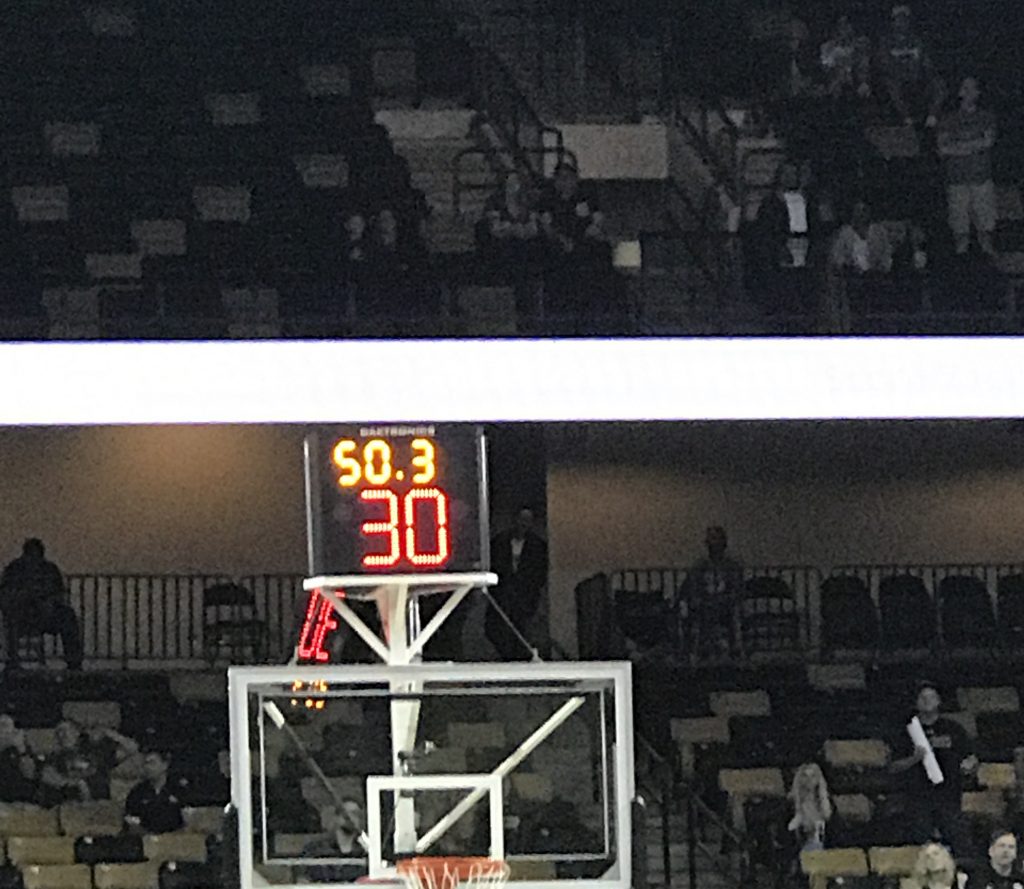 The last minute of the game was owned by UCF as BJ Taylor set up the play to where he lobbed the ball to Fall who then beat the shot clock by viciously dunking the ball and subsequently breaking the side of the shot clock, getting the whole crowd to go absolute berserk. That was the finishing touches of the game.

The game also saw a back and forth matchup between Taylor and Houston’s Rob Gray. Gray, who just might be the best player in the conference, went off, as he had 28 points on 12-21 shooting, while Taylor had 20 points on 6-10 shooting while also going 7-9 from the free throw line.

However, it wasn’t just Taylor on the scoring side for the Knights as the starting five for UCF was all in double figures, as Tank Efianayi and Davis each scored 15, Fall had 11, and Williams had 10 but also had six assists as well.

The Knights were lights out in the shooting department tonight as they shot 56.8% for the game which is easily the best of the season and includes that they went 14-23 in the second half which is just about 61%. 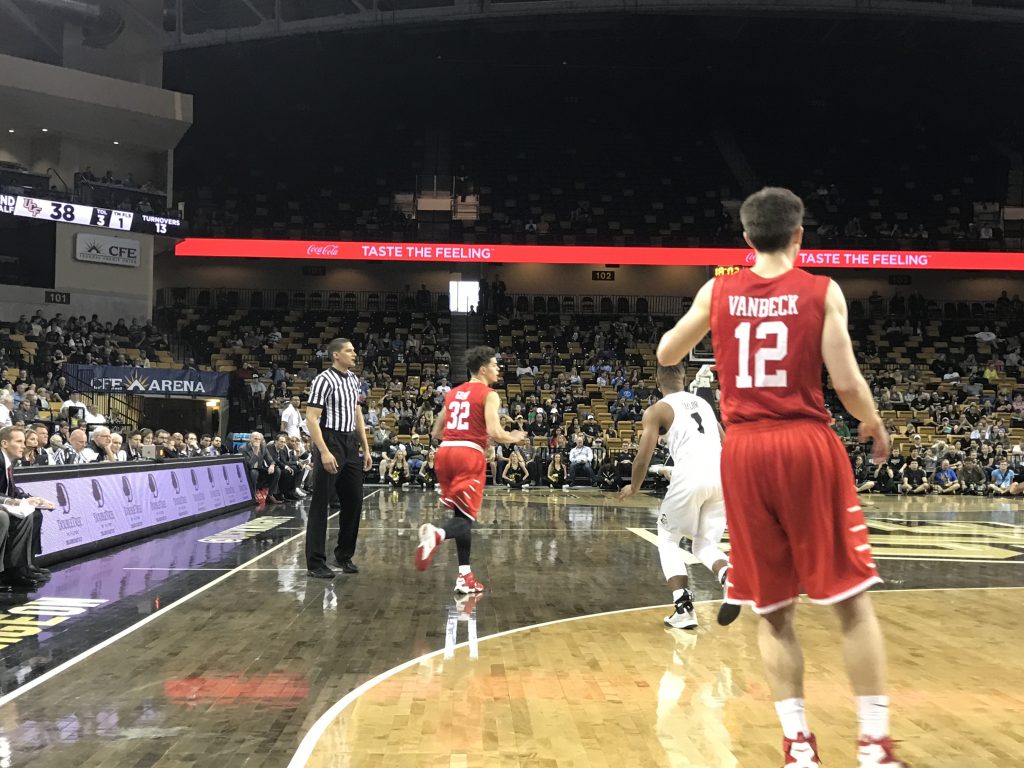 The one thing on the downside however is that they turned the ball over 20 times in the game, including 12 in the first half. Houston capitalized and they scored 25 points off turnovers.

Tonight’s win for the Knights was probably their biggest win of the season because this is one of the best teams that they have played thus far and it proves to a lot of the doubters that UCF is truly this good.

Next, the Knights will have a quick turnaround and will be getting ready to play the first “War on I-4” game against USF this Tuesday night at 7:00 p.m. eastern.