The 18th ranked UCF Knights offense was outstanding and took care of business against Austin Peay and won by the final score of 73-33, which makes UCF history as 73 points are the most points in a game.

The offense was firing on all cylinders in this game as they scored on every possession that the starters were in the game although UCF head Coach Scott Frost had other thoughts.

“Offensively, I don’t think we were at our best but its hard to say that when we move the ball like we did,” Frost said. “So, I think those guys did their job.”

McKenzie “Money” Milton yet again put on a show by stunting all over Austin Peay’s defense. Milton stats for the night were 24-26 (92%), 275 yards, three touchdowns. Milton continues to prove that he belongs and is also showing that he is easily the best quarterback in the AAC.

“I think it’s a contribution to the play calling with coach Frost and coach Walters,” Milton said. “They did an awesome job of getting the ball in space to our guys, just taking what the defense was giving us and our guys did a good job after that.” 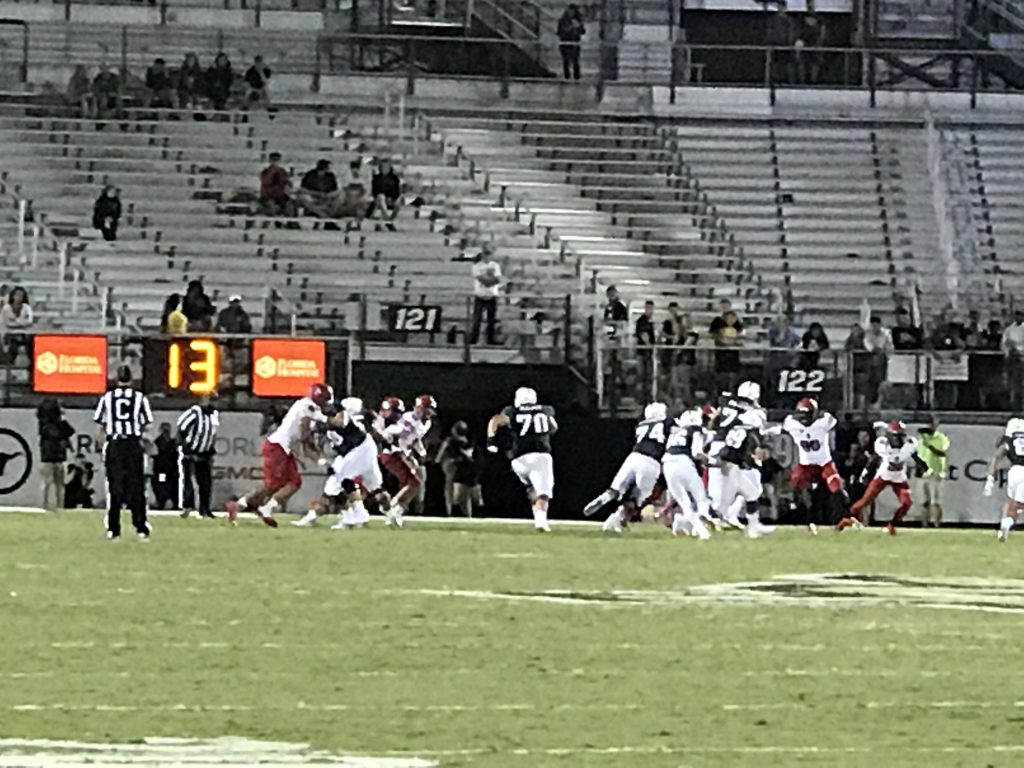 One play that has to be talked about, was towards the end of the first half where Milton threw the ball in between two defenders and Dredrick Snelson made an unreal catch, landing one foot in bounds and getting the Touchdown. That play was easily a Sports Center top ten play.

“We go up against him every day; we see that every day,” Mike Hughes said. “It wasn’t really surprising, but that catch was pretty amazing. I’d give him that. Hopefully, it’s on top 10.”

Snelson also blew by the defender in the second half and caught a 42-yard TD pass. He finishes the night with five catches, 90 yards, and two touchdowns.

However, the defense was not up to standards in this game at all. In fact, they looked bad at times. They missed multiple tackles that either got Austin Peay to move the chains or get a TD on fourth down. They also let Austin Peay’s offense make big plays and there even a couple of tipped passes that went for touchdowns.

“We didn’t tackle very well, we made mistakes,” Frost said. “We weren’t disciplined. We thought we had the guys ready and apparently, the message didn’t get through, and that’s our fault as a coaching staff.”

Also in the game, Kyle Gibson got ejected for targeting that was uncalled for. It was a terrible call by the officials who were pathetic all night.

That call made Coach Frost so mad, he went off on two officials, looking like he was ready to fight them for such an egregious call. They called an unsportsmanlike penalty on Frost which he regrets doing that in hindsight.

“I’m a competitor, and sometimes I get excited and take it too far,” Frost said. 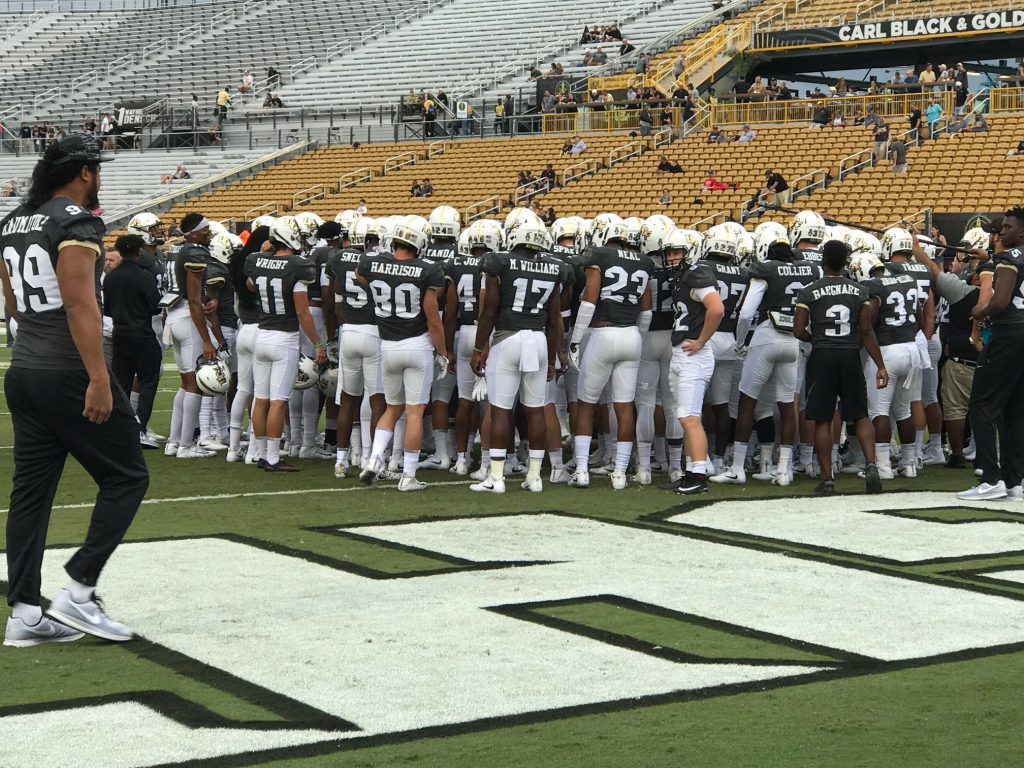 However, when a player sees that a head coach gets that excited and defends you on a bad call, it means a lot to a player.

“When it comes to coach Frost and sticking up for us, it just shows that,” Shaquem Griffin said. “And I say before every game that this is more than just a team, this is a family and coach Frost is always going to look out for our backs and stuff and no matter the situation, no matter what the call is.”

The defense will be getting some extra running in during practice this week for their performance.

However, even though the Knights didn’t play their best game or a formable opponent in Austin Peay, there were some big losses during the college football landscape. The number two Penn State lost to Ohio State. The 4th ranked TCU lost to Iowa State. NC State lost to Notre Dame and the biggest of them all, the 17th ranked USF Bulls lost to Houston.

That means the Knights will capitalize on all of this and is expected to rise in the rankings. Look for them to be ranked at least in the top 15 when the new rankings come out.