Needless to say, UFC fans are counting down the seconds until UFC 220 begins on the evening of January 20th at The TD Garden in Boston.  The headline fight is for the heavyweight championship and the unofficial title “The Baddest Man on the Planet”.  Stipe Miocic is putting his title on the line against rising star Francis Ngannou.

Miocic is the underdog against the fierce Ngannou, but don’t count out the champ just yet.  Yes, Ngannou (11-1) has been impressive in the UFC, winning all six of his fights inside the octagon, with none of his opponents made it into the third round.  His most impressive victory was at UFC 218 against Alistair Overeem when Ngannou knocked him out with an uppercut you’d have to see to believe.

But Miocic (17-2) is the champion for a reason.  He has won five straight, all by knockout and his last four finishes were all in the first round.  Like Ngannou, he also knocked out the well-decorated Overeem.  His quality wins are by far more impressive than Ngannou as well.

Miocic is looking to cement himself as the greatest heavyweight in UFC history.  If he beats Ngannou, he will become the first fighter ever to defend the heavyweight title three times.

If the heavyweight title doesn’t get your blood pumping, the co-main event is also a title fight.  Light heavyweight champion Daniel Cormier puts his belt on the line against Volkan Oezdemir.

Can’t wait another three weeks for the fights?  The UFC is in St. Louis on January 14th for a Fight Night headlined by featherweight fan favorites Jeremy Stephens and Doo Ho Choi. 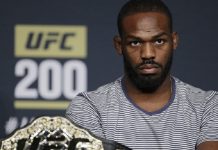 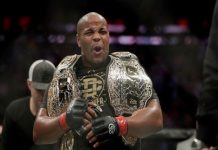 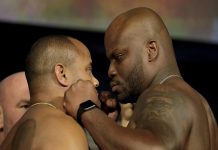 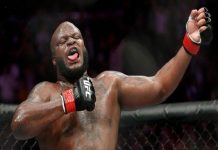 UFC 230 Finally Gets a Main Event; Loses The Co-Main 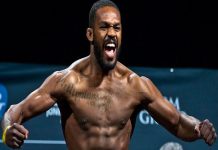 Jon Jones Suspended 15 Months By USADA, But Can Return In 2018 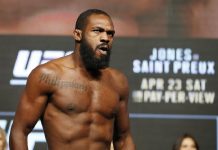 Five Possibilites For The Main Event At UFC 230

1972 Slain Israeli Athletes And Coaches Families Are Not Planning To...