The league will play all of its games in the Alabama city.

Birmingham, Alabama business and elected officials wanted to bring all United States Football League teams to town in 2022 and for a few million dollars of public funding, Birmingham is going to get the USFL in 2022. The new USFL features the logos and trademarks of the original business which technically lasted from 1982 to 1986 and played just three years, 1983, 1984 and 1985. The new league is supposed to start in the spring of 2022 so the clock was running and a place or places to play had to be found quickly. Birmingham is the place, Birmingham had a World Football League franchise in the two years of that league’s existence in 1974 and 1975 and the Birmingham Stallions football business was a part of the USFL between 1983 and 1985. Birmingham business leaders tried to get the National Football League to put a franchise in the city following the demise of the WFL in 1975 but were turned down. Birmingham had a team in the Alliance of American Football in the only year of that league’s existence in 2019. The USFL’s Birmingham plan seems pretty simple. The USFL would play all 43 contests, 40 regular-season games, plus two semifinal playoff games and a championship showdown, in the city in a bubble format. All eight teams would be housed in the city’s hotels and would use local facilities for practices and games.

The USFL does have a TV deal in place with FOX Sports, which also owns a minority equity stake in the company that owns the USFL, and they will be carrying USFL games  and will invest $150 million over a three-year period into the product  but the USFL will need more money than just the FOX dollars. Spring football has been unsuccessful but people keep trying to make it a go. 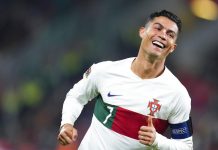 World Cup Day 1: What you need to know about each team in the tournament. 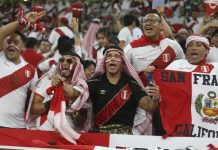