Dana White Confirms McGregor is Out At Least Six Months

UFC Featherweight/Lightweight Champion Conor McGregor made history last Saturday at Madison Square Garden when he became the first fighter in UFC history to hold two UFC belts simultaneously.  With him holding two belts, it left everyone wondering: What is Conor McGregor going to do next?

There are plenty of fights to make for McGregor, who has fought four times in the past year, but it may be awhile until we find out who his next opponent is going to be. McGregor spoke at the UFC 205 post-fight press conference about how his girlfriend is pregnant with their first child and that the baby is expected to be born in May.  He stated how he was going to take some time off, but wasn’t clear on how much time.

UFC President Dana White spoke with the Los Angeles Times’ Lance Pugmire to clarify how long McGregor is planning on staying out of the octagon.

“He won’t fight before May,” White told Pugmire.  “His girl gets super stressed out when he fights.  He doesn’t want her to have any of that stress while she’s pregnant.”

With the UFC’s biggest superstar out for at least six months, it will surely hurt the pay-per-view sales for the company.  In 2015, the two pay-per-views that McGregor headlined accounted for over 25% of the UFC’s pay-per-view buys.  This is almost 10% of the total $609 million revenue that the company made that year.

In 2016, McGregor only got bigger, as did his numbers.  On the three pay-per-views that he headlined, there were at least 4.7 million pay-per-views purchased, which is nearly half of all the pay-per-views for the record-setting year for the UFC.

The UFC needs McGregor to fight.  Their other superstars’ careers are in question.  Ronda Rousey is fighting in December for the first time since losing her belt last November.  She has already stated that she does not plan to fight much longer and it is unclear how she will fight coming off the first loss of her career.

So Jones and McGregor out the first part of the 2017 and no one knowing what Ronda is going to do until after her fight in late December, pay-per-view numbers are sure to plummet.  It’s never too late to try and guess what’s next for McGregor when he returns.

The most logical choice for McGregor to fight next would be Khabib Nurmagomedov.  Nurmagomedov is 24-0, including winning his last seven in the UFC.  Nurmagomedov submitted Michael Johnson at UFC 205 in the third round in his last fight.

Tony Ferguson is the next choice with a 22-3 record, including winning his last nine fights.  Ferguson just beat former Lightweight Champion Rafael dos Anjos via unanimous decision on November 5.

The third option would be defending his belt against Nate Diaz.  This would make the most sense business-wise.  Diaz beat McGregor at 170 lbs back in March via second round rear-naked choke.  McGregor avenged the loss in August by beating Diaz via majority decision. 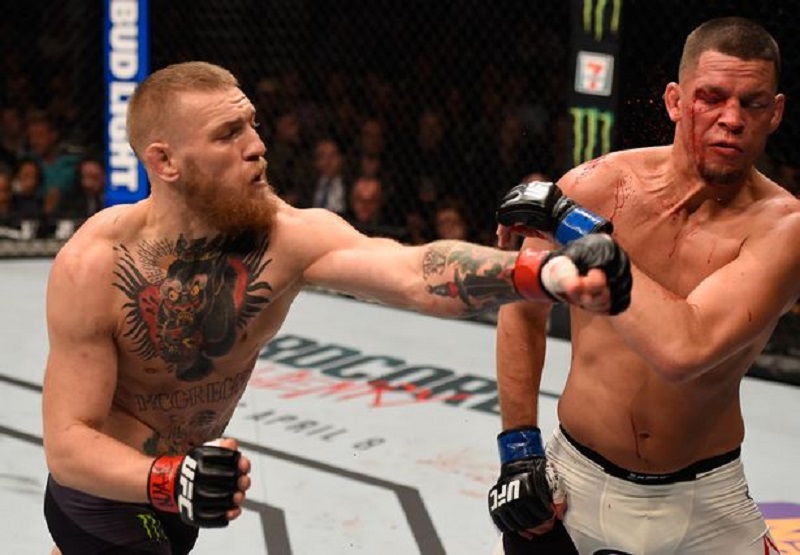 Both fighters are draws and would sell a lot of pay-per-views.  Fans love the words these two exchange leading up to the fight just as much as the punches they exchange in the fight.  With them being 1-1 verses one another, a third fight would settle the score and for the first of the three fights, the belt will be on the line.  This could be the biggest pay-per-view in UFC history, but it’s important for the UFC to book this fight as soon as McGregor comes back before the fans lose interest.

The last fight that could happen is McGregor going back up to 170 lbs to fight Welterweight Champion Tyron Woodley.  McGregor and Woodley are both listed at 5’9, but Woodley is substantially bigger than McGregor.  The only reason why the UFC would make this fight is to see if McGregor can do the unthinkable and be the first fighter in UFC history to win a belt in three different weight classes. 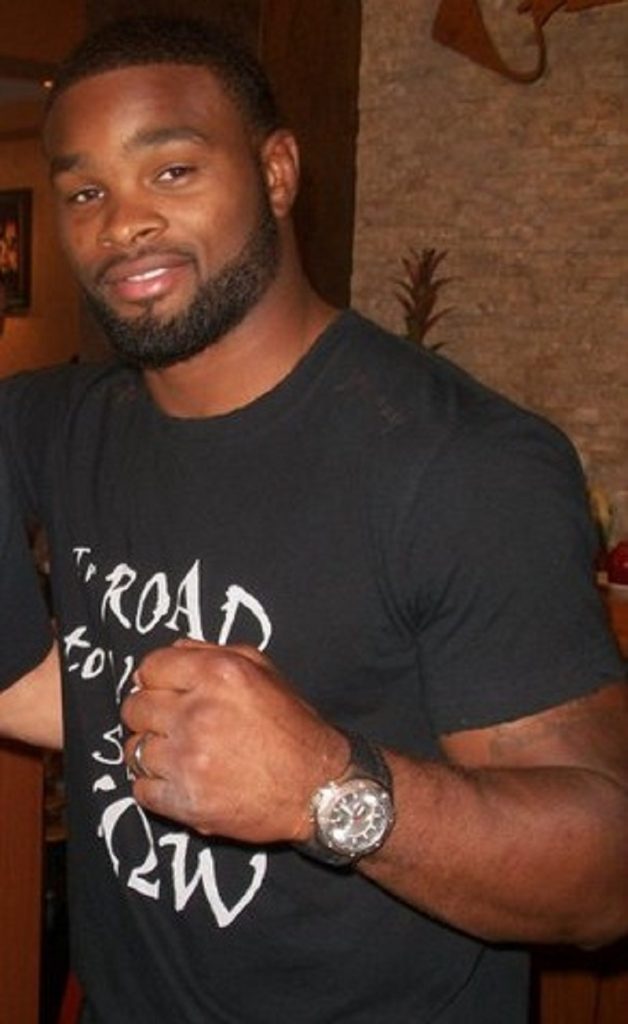 With Diaz being the only other draw out of these four possible match-ups and the UFC looking at not bringing in the numbers they have been use to the past couple years with McGregor fighting regularly, they will most likely look to make a splash with McGregor’s return.  In the mean time, Nurmagomedov and Ferguson should fight to determine who the number one contender in that division really is.  Woodley will rematch Stephan Thompson after the two had an unanimous draw against each other at UFC 205.

With those fights both not most likely happening until the spring, let’s hope the UFC schedules Diaz-McGregor 3 for Memorial Day weekend in Las Vegas for the Lightweight Championship.  Then the winner of Nurmagomedov and Ferguson can fight the winner of McGregor and Diaz.  Diaz will likely wait for McGregor and not fight anytime before then.

Until then, we will just have to wait and see what the UFC decides to do with the Featherweight belt that McGregor currently holds.  He will most likely be forced to give that belt up to free up the 145 pound division.