It appears China is ready to join Germany and Italy and prosecute athletes who have been tested positive for doping. The guilty athletes would be locked up as a deterrent.  Despite having the law on the books since December 2015, Germany has not found an athlete who was suspected of doping. The United States Senate and House might also come up with similar legislation this year. The House of Representatives did nothing in 2018 except putting out some vague statement that its legislation “will establish criminal penalties for participating in “a scheme in commerce to influence a major international sport competition through prohibited substances or methods”. The 2018 House gambit would have also penalized event organizers. Would the law apply to North American sports leagues owners? Unknown. Why is there this push for new criminalize when there are substantial drug laws?  The sports watchdog and publicly financed World Anti-Doping Agency would rather punish athletes getting caught doping with a suspension from international competition than seeing jail terms handed out. WADA is neither a nation nor a law enforcement entity it is just a sports organization.

China would like to make doping a criminal offense sometime in 2019. In 2006, the International Olympic Committee President Dr. Jacques Rogge begged Italian officials not to enforce drug laws at the Torino Olympic village claiming that the IOC could take care of things. Sports is afraid of criminalizing athletes who are caught doping and breaking the law. Very few American athletes have gone to jail because of doping. An exception was Marion Jones who lied to federal investigators in connection with the BALCO case which also involved Barry Bonds. Jones ended up in jail. Jones admitted she used steroids in the 2000 Sydney Summer Olympics. The United States Department of Justice has not pushed very hard to arrest athletes accused of doping. 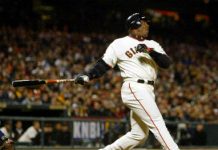 Should Bonds and Clemens Be In The Hall Of Fame? 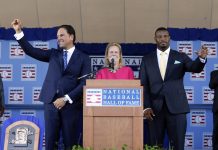