David Beckham made his first-team debut for Manchester United aged just 17. Two years later, he scored directly from a corner when on loan at Preston North End. As he entered his 20s, he was considered one of the most promising midfield talents in England.

But what about his son, Romeo? David’s playing days are over, but young Romeo just made his professional debut aged 19. He played in the same position as his father and got even more media attention, begging the question: Will Romeo follow in his father’s footsteps?

On Monday, September 27, all eyes were on Fort Lauderdale vs Tormenta. Despite being Inter Miami’s reserve team, and playing in the third-tier, Fort Lauderdale had a couple of very famous names in its ranks.

Inter Miami is owned by David Beckham and coached by Phil Neville, two Manchester United Legends from the famed “class of ‘92”. The English midfielders earned their reputations playing in the English Premier League, as well as on the world stage, but this time they were forced to watch from the sidelines as the next generation took over.

Both Romeo Beckham (son of David) and Harvey Neville (son of Phil) lined up for Fort Lauderdale as they earned a hard-fought 2-2 draw with their South Georgia rivals.

Romeo Beckham followed in his father’s footsteps by lining up on the right-wing. He showed some flashes of skill during the match and even placed some Beckham-esque crosses into the box before being subbed after 79 minutes.

His appearance sparked the press and local sportsbooks into life. Online gambling in Florida experienced a surge during this time and the game was also followed closely by international punters—likely making it one of the most backed USL1 games of the season.

But does that mean that Inter Miami and MLS are set for another superstar Beckham? Not quite.

Although Romeo was certainly capable, he doesn’t have the pedigree that his father had. At 19, David Beckham had already played in the toughest league in the world and had lots of experience at the highest youth level, including playing for England U18 and England U21. Just a year later, he recorded 33 appearances for the best team in England, lifted the FA Cup, and won the Premier League.

That’s not to say that those achievements are out of reach for Romeo, but it’s a huge step-up.

However, that’s clearly not his goal. A few hopeful journalists and fans might be comparing Romeo to his father and those comparisons will likely continue throughout his career, but no one is really expecting him to match his father’s achievements.

If he can get some experience playing at lower levels before progressing to the first team, it will be a job well done. After all, he doesn’t need the money and his career seems to be heading in a different direction.

At 19, soccer was David’s life and pretty much all that he had. He worked hard throughout his formative years. Romeo, however, was dropped from Arsenal’s Academy aged 12 and then gave up on the sport for 6 years. He could still make it at a decent level, but he’ll have other avenues to explore and other disciplines to master.

Still, it will be interesting to watch him progress and to see whether he can continue to improve at Fort Lauderdale under the tutelage of one of the best dead-ball specialists the game has seen. 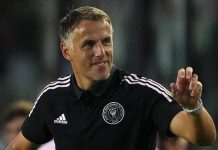 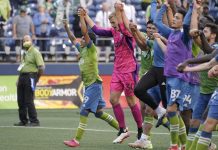 2022 Preakness: Without a Triple Crown contender it seems like just...