Teams Find Relief In Many Forms 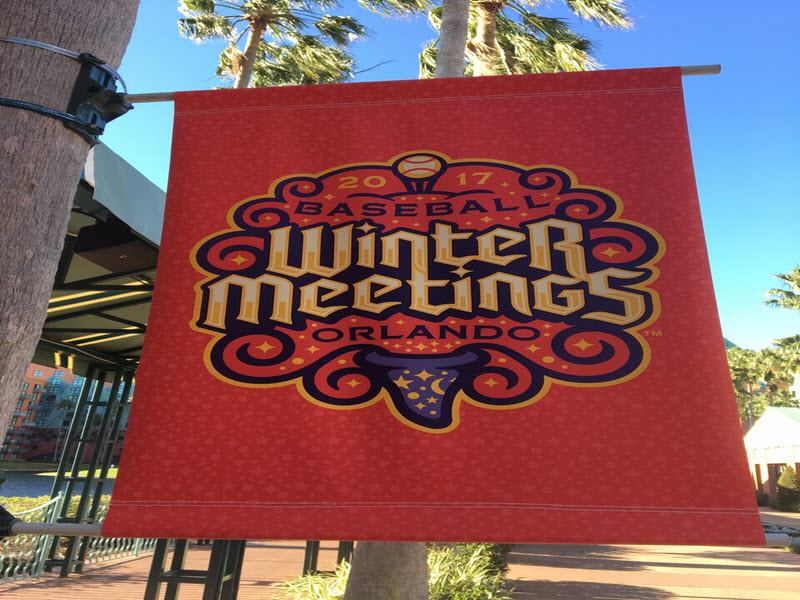 The theme of the 2017 Winter Meetings in Lake Buena Vista Florida has been relief.  The New York Yankees used the meetings as a way to improve while relieving the burden of the competitive balance tax.

The Miami Marlins reduced their payroll and by relieving themselves of two of their biggest stars. The Detroit Tigers shed another veteran to relieve their payroll burden.

Through two trades the Tampa Bay Rays and Cleveland Indians each relieved themselves of the bounds of MLB’s International Bonus Pools.

Finally, the market for relievers moved swiftly over the meeting’s three days.

On Monday, the Yankees and Marlins finalized the Giancarlo Stanton deal. The Marlins sent Stanton and cash to the Yankees. In return the Marlins received Starlin Castro minor league right-handed pitcher Jorge Guzman and minor league infielder Jose Devers.  The Marlins will send the Yankees $30MM if Stanton doesn’t opt out of his deal. The Yankees were able to remain under the competitive balance tax with the deal.

After the deals with the Marlins and Padres the Yankees are approximately $26MM under the competitive tax threshold.

The goal for the Miami Marlins this off-season was to reduce payroll for 2018 from a projected $132MM to between $55MM and $75MM based on varying reports.

They were able to trim that number by $10.8MM by dealing Dee Gordon to the Seattle Mariners. The  aforementioned trade of Giancarlo Stanton wiped out another $25MM.  Unfortunately, they had to take back $10.9MM of Castro’s contract.

The move enables the Marlins to remove another $10.9MM which reduces their projected payroll to $96.2MM.

Last season the Detroit Tigers began dismantling their roster by dealing J.D. Martinez (Arizona), Justin Verlander (Astros), Justin Upton(Angels), and others.  On Wednesday night, they traded Ian Kinsler to the Los Angeles Angels for a pair of prospects.  Kinsler, slated to make $11MM in 2018 reduces the Tigers projected payroll to $123MM down from $200MM in 2017.

When the Seattle Mariners were chasing Shohei Ohtani they acquired international spending slots in two separate deals. The international bonus slots came in a deal with the Chicago White Sox in exchange for reliever Thyago Vieira and as part of the Dee Gordon trade.

On Wednesday, the Mariners traded some of their international spending money to the  Tampa Bay Rays for Anthony Misiewicz and to the Cleveland Indians for reliever Shawn Armstrong.

The relief pitching market moved swiftly during the week. Several deals were announced and some are pending physicals.

Of course,other moves were made at the meetings. Drew Smyly and Michael Pineda, both coming off Tommy John surgery and expected to miss 2018, signed contracts.

Smyly signed a 2-year deal worth $10MM with the Chicago Cubs and Michael Pineada signed for the same with the Minnesota Twins.

The Tampa Bay Rays made a pair of trades, both for left-handed hitting middle infielders. They acquired Joey Wendle from the Oakland Athletics for a player to be named later. Later, they acquired Ryan Schimpf from the San Diego Padres in exchange for minor league infielder Deion Tansel. 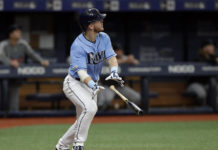