DJs Heat and O are accustomed to hyping up crowds and feeding off of that energy.

Performing inside the WNBA bubble at games presented a new experience for them because there was only a handful of people in attendance at games besides the players.

“For me, I always have been the type of DJ that it doesn’t matter how many people are around, I feed off the energy of the people that are there,” said DJ Heat, whos said in a phone interview. “Seeing reaction, watching players dance during certain songs. There’s a referee that shows love to me every time he sees me.”

Like the players, even some coaches have noticed some of the comforts of their home courts while playing inside the bubble this season, thanks to Matt Heuer and his staff.

The league hired 3 Point Productions to run the in-game entertainment in the bubble. Heuer, the creative director of the company, is no stranger to WNBA games having worked for the Seattle Storm. His company has worked with several WNBA teams, including the Las Vegas Aces, New York Liberty and Storm to help with the in-game programming.

“It’s not something we could have imagined with 12 teams under one roof,” Heuer said, adding his company has tried to cater to the home team and “to make it special and make sure every game felt different.”

Teams are still designated as home and away even though they are playing on the same neutral courts. The production group asked teams to send in-house videos that play during breaks, as well as the audio playlist and sound effects that fans are accustomed to hearing at home games.

Heuer even got five of the teams, including the Connecticut Sun, to send prerecorded starting lineups done by the regular public address announcer.

“To have Steve (Forni) announcing us during the lineups is bringing that piece of home with us and when we get ready for the games it gets up hype and ready to go,” Sun guard Jasmine Thomas said. “We can’t wait to be back at Mohegan, but for now we’ll take any pieces of home we can get.”

The company also brought in a few public address announcers with WNBA ties, including Huisha “Hootie” Bush, who has done Sparks games for years and Matt Pitman, who used to work for the Storm but now does PA work for the Golden State Warriors.

Bush is no stranger to having small or no crowds to announce for. He got his start doing high school and junior college games where there was a handful of people in attendance.

“I would always imagine people in the crowd anyway. Just trying to keep the energy up with whoever the home team is that night,” Bush said. 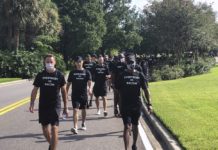 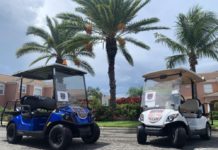 WNBA players adjusting to life in their Bradenton bubble 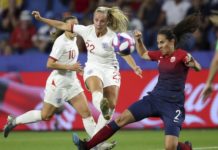