CHICAGO (AP) — Major League Baseball teams are a little over two weeks away from heading to Spring Training in both Florida and Arizona with the two biggest free agents still unsigned. Bryce Harper and Manny Machado are being courted by the Yankees, Phillies, White Sox and likely a few other unnamed teams but we aren’t likely to find out where they will land till after the Super Bowl.

White Sox general manager Rick Hahn jumped right on the elephant in the room. Well, the elephant that was noticeably missing from the room.

Choosing his words carefully while dancing around baseball’s rules for the discussion of free agents, Hahn said he will be disappointed if sluggers Manny Machado and Bryce Harper both sign with another team. But Hahn also sounded a defiant tone.

“The fact that we are now sitting here in a potential position or at least in a position where if we don’t convert people are going to be disappointed I think is an important step forward for this organization,” Hahn said Friday before the start of the team’s annual fan convention.

Coming off six consecutive losing seasons, the White Sox are hoping to turn a corner with their rebuilding project this year. They upgraded their pitching staff by acquiring Ivan Nova and Alex Colome in trades and signing reliever Kelvin Herrera to an $18 million, two-year contract. First baseman Yonder Alonso came over in a trade with Cleveland, and outfielder Jon Jay signed a $4 million, one-year deal.

But their biggest target remains on the market a couple weeks before spring training. The White Sox have been closely connected to Machado all winter long, making their case to the 26-year-old infielder during a December meeting that also included first baseman Jose Abreu.

“I just tried to let him know how great this organization is,” Abreu said through a translator, “the pride we take in baseball and the community. If it was for me, I was ready to sign him. But I’m just hoping for him the best and you know, if he wants to sign with us I’d be one of the most excited guys.”

Alonso’s sister is married to Machado, and Jay also is good friends with the slugger. They have been peppered with questions about Machado since being acquired by Chicago, and Alonso tried to change the focus as the team gathered at a downtown hotel for the weekend’s festivities.

“I think that out of respect for the guys and my teammates and everybody that’s here and what we’re looking forward to this year and everybody, it’s best to talk about what’s happening right now,” Alonso said, “rather than something that we don’t even know about.”

Machado hit .297 with 37 homers and 107 RBIs in 162 games last year. He began the season with Baltimore, but was traded to Los Angeles in July and helped the Dodgers to their second straight World Series appearance.

A blockbuster deal for Machado could have a domino effect on the rest of the lineup, possibly moving shortstop Tim Anderson to another position. But manager Rick Renteria said he isn’t worried about any potential issues.

“I think these guys are ready to have a player of his magnitude be able to come in and contribute in a positive way,” Renteria said. “I don’t think they look at in a negative way.”

Even if Machado and Harper go somewhere else, the White Sox think they are headed in the right direction after losing 100 games last year for the first time since they went 56-106 in 1970.

The addition of Jay will help a lineup that struck out a major league-worst 1,594 times last year. Alonso had 23 homers and 83 RBIs for the AL Central champion Indians last season. Top prospects Eloy Jimenez and Dylan Cease are on the brink of the majors.

“These guys are pretty darn good,” Alonso said. “I think a lot gets focused on so much of the negative. There’s a lot of positive in this club as well, not only for this year but the upcoming years. … I think that we’re going to surprise a lot of people.” 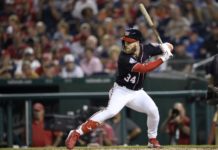 A Look At Labor On Labor Day 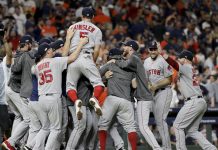 It Is (Not Really) Opening Day For Major League Baseball 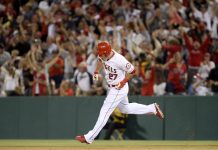 How Baseball Owners Are Able To Pay Huge Contracts 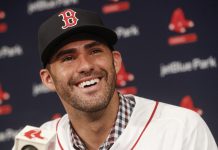 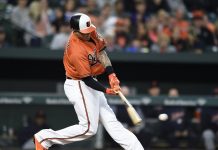