The Atlanta Braves baseball team’s farewell to the Walt Disney World baseball stadium has been delayed for a year. The Atlanta baseball team is the last franchise in the central Florida-Orlando area and in 2020 will relocate to North Port, Florida into a new spring training complex that will cost $110 million. The state, Sarasota County and North Port are paying $45 million as an enticement to get the Braves to North Port. Florida cannot say the Braves move will bring more money into the state which is the usual line from government officials in justifying an expenditure. Those who travel to Florida to see pre-season baseball and spring training are just going somewhere else and taking money from one area to another.

Central Florida had been a big spring training area since World War II ended. Orlando, Kissimmee, Davenport and Winter Haven had teams but that was before baseball organizations began playing town against town, Arizona against Florida with a Nevada threat to build a spring training complex near Las Vegas. Baseball team owners got a big assist from Arizona lawmakers who decided that spring training was valuable. Teams keep moving and spring training complexes have become more sophisticated and fan friendly. The fan friendly term is used instead of more costly as ticket prices for spring training games have skyrocketed. Baseball teams may throw some money into new complexes, Atlanta’s owners will be picking up some of the cost at the team’s North Port facility, but the teams keep leases short and hope to keep to get better facilities with all sorts of revenue generating gadgets.  The Arizona Sports and Tourism Authority has had a tough time paying off the debt on Phoenix-area facilities including the spring training stadiums in Goodyear and Glendale. When Atlanta departs Disney in 2019 that will end spring training baseball in Central Florida unless someone decides it’s time to invest in spring training. 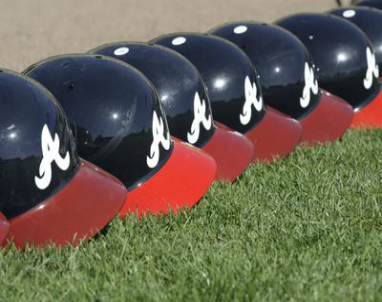