The virus is calling the shots.

Baseball is back which should placate baseball fans but the Canadian government didn’t want the Toronto Blue Jays to play 30 home games in the Canadian financial capital. Why? Blue Jays personnel would be going back and forth to the United States where there are skyrocketing positive cases of Covid-19. Canadians don’t want people travelling back and forth between the two countries and are protecting the homeland. The college football season may or may not happen. Why the United States is going through a very high rate of COVID-19 positive cases and some colleges have had to shutdown voluntary practices. Some conferences have postponed the 2020 football season with the thought of playing spring football in 2021. A big slice of college football’s fan and consumer base is in the south where COVID-19 infection rates have grown exponentially. The National Football League is holding to its July 28th opening of training camp date. The NFL eliminated the Hall of Fame Game and two weeks’ worth of pre-season games.

Major League Soccer is preparing for the long haul. As the league got back onto the pitch this summer at the Walt Disney World Orlando-area property, two teams had to withdraw from the MLS Is Back event. Dallas and Nashville. Those teams had too many people connected who tested positive for COVID-19. But the bigger news is that the league has put three expansion teams on ice. Charlotte was supposed to have a team in 2021 but the franchise will play its first game in 2022. Sacramento and St. Louis will start operations in 2023 instead of 2022. Presumably the league is worried that the Charlotte team could be disrupted by a second wave of COVID this winter. The league claims the Austin, Texas expansion team will start on time in 2021 but COVID-19, which has hit Austin hard, has no timeline. 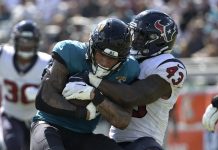