If they get on the diamond.

Dr. Anthony Fauci had some advice for Major League Baseball owners and players if there are any baseball games that are to be played in 2020. It was simple don’t play too many games in October. Dr. Fauci did not give the same advice to the National Football League, the NCAA and college football or Major League Soccer, entities that offer games in October, November and December or the PGA or the LPGA which feature fall golf tournaments. Dr. Fauci, the Director of the National Institute of Allergy and Infectious Diseases, in an interview with the Los Angeles Times, didn’t say he expected a second wave of COVID-19 to hit the United States in the fall and in fact he has said the country is still in the first wave of the illness in other interviews. But he had some guidance for MLB decision makers.

“If the question is time, I would try to keep it in the core summer months and end it not with the way we play the World Series, until the end of October when it’s cold. I would avoid that. The likelihood is that, if you stick to the core summer months, you are better off, even though there is no guarantee. If you look at the kinds of things that could happen, there’s no guarantee of anything. You would want to do it at a time when there isn’t the overlap between influenza and the possibility of a fall second wave.” The National Football League anticipates playing a full 2020 season although no one knows just what that entails. College football is all over the map. There is one school of thought that if students cannot return to the classroom in August and in September to a football playing educational institution, then there will be no college football at all at that school. COVID-19 is a tough opponent. 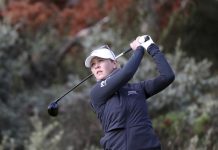 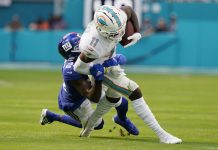 The Dolphins still have hopes of making the post season but the Jets and COVID issues stand in the way for today’s game.