Every year, a few players have head-turning first weekends, but beware

Now that baseball season is fully underway and fantasy players are watching their teams every day, the first major fantasy baseball question of the year comes up: To buy in to Opening Weekend numbers, or to stay patient and stay away?

The high-risk/high-reward fantasy baseball player can make or break their seasons betting on the breakout player. Get the right guy, and he can become a critical member of your team in a hurry. Get the wrong guy, and you’ve wasted precious time and energy on a player whose best games happened before you picked him up.

Sometimes, a player will hurry and wind up with Trevor Story, not a bad shortstop by any means but not the season-changing player he seemed like he could be after a strong start. Other times, that player will turn out more like Aaron Judge, who won people their leagues last year by exceeding all expectations and then some.

How to tell the difference is the key. To a degree, it’s random, as sports tend to be. Judge was not even one of the Yankees’ highest-regarded prospects. There was no way to expect that the historic season he had was about to unfold.

Research helps. Look up how a player was scouted, and what is generally expected of him. If his ceiling is high, there’s some reason to believe the young player will keep things up, or at least continually show flashes of being a great player soon. In fantasy terms, the highly-regarded prospect coming up for a full season is a good player to bet on. Using Trevor Story as an example, the 2016 breakout player was supposed to be a contributor, but not one who was going to display a consistent level of power hitting.

Team confidence can be another positive sign in your research. In Story’s case, the Rockies traded Troy Tulowitzki in part to make room for him. In Judge’s, the Yankees were confident enough in their prospects to build the team around those prospects.

Suppose, however, that the player is not a rookie or second year player. Suppose the player is, say, a 27 year-old who has seen limited MLB action over parts of four seasons. Suppose he hit three homers on Opening Day.

Matt Davidson is that player. The White Sox’ DH hit three long balls in their first game on Thursday, but a player who has only played in 151 Major League games by age 27 has had a journey to the big leagues. Davidson took a step backward in 2014, a highly-touted prospect traded to the Chicago organization from Arizona. It took him most of two years of minor league ball to get back to the majors, and then his ceiling had been lowered considerably.

At the same time, Davidson passes the research tests. He’s still seen by scouts as a power hitter, and 25 MLB home runs last season back that up considerably. What’s more, when the White Sox traded Todd Frazier during the 2017 season in order to make room for Davidson, they put an organizational stamp of approval on him. Cherish those organizational stamps of approval. Bet on players whose teams are betting on them.

Matt Davidson is not likely to win your fantasy league for you. He’ll provide solid power, and teams desperate for either power hitting or a corner infielder should give him a look if he’s available, but few teams should be desperate at this point before April in fantasy baseball.

In most leagues, Davidson is still available but that number is likely to decrease in a hurry after Thursday. There’s a chance your league already has someone who put in a waiver claim on Davidson on the strength of his three homer day.

Other possible waiver wire pickups to get while they’re available:

-Check out anyone who was a highly-regarded prospect at one point, is not yet 30, and has suddenly become a regular member of a Major League team. Bonus points if they sat a year or more out in the minor leagues due to injury. Talent is always talent, if they’re healthy again they’ll get back on track more often than not.

-If there’s a pitcher you have never heard of before, he’s under 27 years old, he’s with a club to begin a season, and he sat out a year at some point due to Tommy John Surgery, pick him up before somebody else does.

-Avoid the solid control pitcher who seems to have tweaked his windup to produce more swings and misses. It could suggest a lack of confidence in the stuff that got him to the bigs in the first place.

-Look into young players who came up during last season, had a short breakout period, then slowed down as Major League pitching caught up. They’ll have had an offseason to adjust to the new challenge, and a first full season is where a lot of hitters find their stride.

-If, a week into the season, a young player who was thought to be a serious up-and-comer is doing so poorly that someone in your league drops him, pick him up immediately. Falling for early season numbers can lose a fantasy league.

-On the other end of all this “breakout” talk, don’t forget about older players on the decline that have a promising start. Would it be that surprising if Albert Pujols were to be productive for a couple of months, or Felix Hernandez put up really good numbers this season? Remember, Bartolo Colon’s career looked to be wrapping up ten years ago when he struggled for health and consistency. Guys can catch a second wind. 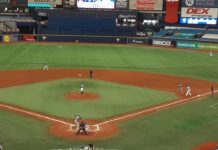 MLB 2020: The Risk Is Far Greater Than The Reward 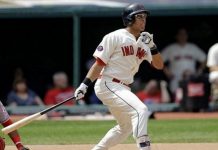 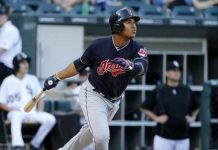 Fantasy Baseball Profile: Should You Believe In Jose Ramirez? 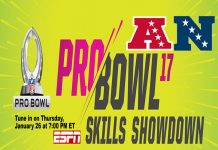 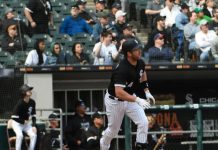