Here is a question for San Diego political and business leaders. Have sports organizers decided San Diego really isn’t a big league city? San Diego has the Major League Baseball Padres but the NFL’s Chargers vacated town after the 2016 season and the city has seen two National Basketball Association teams go elsewhere. A 1970s plan that would have seen the Golden State Warriors split time between Oakland and San Diego for home games fell apart. Now another event slated for the city has been shelved. A scheduled beach games pre-Olympics tournament would have gotten San Diego some attention on the world stage. The organizers of the first ever Association of National Olympic Committees World Beach Games scheduled for San Diego have thrown in the towel and conceded they could get the necessary funding to hold the event in San Diego. The event was scheduled between October 10th and October 15th. It was supposed to attract about 1,300 athletes from 70 different countries and would have taken place in Mission Beach, South Mission Beach and Bonita Cove. San Diego got the Games in 2015 beating out Sarasota, Florida, Dubai and Sochi, Russia.

The Association of National Olympic Committees put out a terse statement and did not even mention San Diego in its announcement that San Diego’s plan fell apart. “The Games will take place in 2019 and ANOC is currently in discussion with a number of cities that have the financial guarantees necessary and a proven track record to host a world-class event.” The committee is talking to other cities that might be able to hold the October event. In the past, the some beach competition took place in Oman, Thailand, China and Vietnam. San Diego sports backers claim the city should be an international sports destination but there is scant evidence that San Diego wants to play that game. 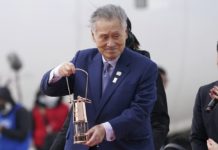 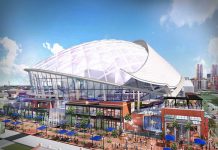