though Miami is suing.

It should not be a shock that former Miami Marlins owner Jeffrey Loria decided not to share some of the money he got from Bruce Sherman when he sold his Marlins business for about $1.2 billion with the city of Miami despite his stadium contract agreement. Loria’s lawyers were smart enough to put a clause into the deal between the city of Miami and Loria for use of the publicly owned and funded baseball stadium for Loria’s business that shielded him from having to share some of his money after he sold the business. It is not surprising that an owner was able to take advantage of a loophole. Elected officials in many, many cities are dazzled by the prospect of having a Major League Baseball team, a Major League Soccer team, an NFL, NBA or an NHL team that they are willing to cut any sort of deal for the right to be known as a big league city.

Cincinnati could not afford to pay the debt on two stadiums the city and Hamilton County decided to build in the 1990s for baseball’s Reds and football’s Bengals. That caused elected officials to raise taxes, cut services and sell off a hospital to get money to pay down the two stadiums debt. Hamilton County voters approved a measure which raised sales tax by a half of a percent and that was supposed to be enough. It wasn’t. Indianapolis is paying Pacers owner Herb Simon millions of dollars annually to keep his NBA team in town through 2024. Louisiana was paying NFL Saints and NBA Pelicans owner Tom Benson to keep his sports properties in New Orleans.  Las Vegas and Nevada will be putting up $750 million for Mark Davis and his Oakland Raiders partners to move his NFL Raiders to town and a new stadium. It is unclear if Davis will be paying any rent to use the building.  Jeffrey Loria’s deal was not unique. 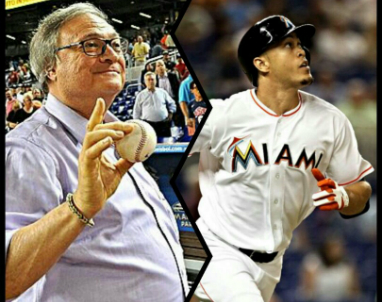 Loria left with a boatload of money.