MLB is trying to establish a base in London.

Major League Baseball is hoping to grow its business in Europe with a number of games scheduled in London, England in 2023, 2024 and in 2026. It is an attempt to stretch out the marketing map. The New York Yankees and the Boston Red Sox played two games in London in 2019. The Chicago Cubs and the St. Louis Cardinals were scheduled to play in London in 2020, but the Cardinals-Cubs series was canceled because of the COVID-19 pandemic. MLB is entering the same marketplace that the National Football League has been exploring since 2007. The NFL has scheduled three London games this fall. The National Basketball Association has no plans for a London game in the near future and has moved its annual mid-season European game to Paris. The NHL seems to have given up on London and has not played a game in England since 2007. Baseball may have origins in England and in Europe and shares some similarities with two English games, rounders and cricket. But it is unclear if baseball evolved from rounders but a 1744 English children’s book called Pretty Little Pocket-Book has the words Base-Ball in the text.

Major League Baseball is expanding the playing field. MLB opened the 2019 season in Japan with two matches. There were also games in Monterrey, Mexico. The COVID-19 pandemic has put a detour in the European plans. What is surprising is that MLB has not placed a game in Rome, Italy. The World Baseball Classic will return in 2023 and Mike Piazza will manage the Italian team. American soldiers brought the game to Italy during World War II. Baseball is strong in Latin America, the Netherlands, Japan, South Korea, Taiwan and Australia. Baseball is relatively obscure in England despite the relatives, rounders and cricket, but Major League Baseball wants pounds and the London market. 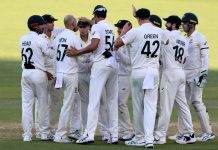