You have to go back to 1957 to find a city that lost two major league sports franchises in one year. New York City watched as Walter O’Malley took his Brooklyn Dodgers franchise to Los Angeles and New York Giants owner Horace Stoneham fled to San Francisco. O’Malley and New York City power broker Robert Moses could not agree on the location for O’Malley’s Dodgers franchise. Stoneham left without any haggling. In 2019, Oakland is losing the National Basketball Association’s Golden State Warriors business to a plot of land across the bay in San Francisco although the franchise name will live on and more than likely has said goodbye to Mark Davis along with his Oakland Raiders partners unless something unexpected happens such as Oakland dropping its antitrust lawsuit against Davis and the National Football League for what Oakland officials believe was bad faith bargaining, among other issues, in the Davis Raiders move to Las Vegas. Davis had been intending to play one more year in Oakland and then ankle to Las Vegas in 2020. Davis’s Raiders do not have a home office in 2019.

Oakland officials are scrambling to keep Major League Baseball’s A’s franchise in town. A’s ownership has picked out a spot to build a stadium. A’s ownership has embarked on a 120 day plan to win Oakland’s business sector’s approval for the proposed stadium. Various A’s ownership groups have had stadium plans, ranging from building a ballpark village on the land surrounding the Oakland Coliseum, to land near Laney College to a spot south of Oakland in Fremont and San Jose. A’s ownership struck out in San Jose because the San Francisco Giants have territorial rights in that city and a court backed up the claim. A’s owners seemingly want to remain in Oakland but politics not a want to stay will determine the franchise future. 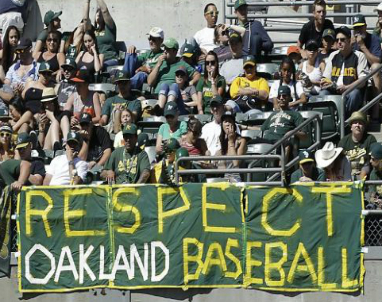 Miami Dade County Wants Out Of Its FTX Marketing Partnership