Cobb County, Georgia last July weighed in on the job that Commissioner Tim Lee has done over the past few years and decided to fire him in a landslide vote that took place. Lee lost in a runoff election to challenger Mike Boyce with Boyce getting 64 percent of the vote. The reason Lee lost? His authorization to use about $350 million of Cobb County resident’s money to help subsidized the Atlanta Braves baseball team’s soon-to-be opened home in his county. The baseball team is leaving downtown Atlanta and a 20-year-old stadium after the season for a suburban park.

Lee’s major problem with the voters was his negotiation style with Braves ownership. Lee reached a stadium deal in private and virtually cut off public debate on the project until the last minute. He got the Braves stadium deal done in what appears to be in a hurry because there are still questions about access,  traffic and parking that need to be resolved. Lee’s deal is somewhat remarkable considering that the very conservative Cobb County generally would be against a big spending government project. Cobb County is stuck with the deal and there are very few fixes to make the deal more taxpayer friendly. Cobb County has a team and Lee is out of a job. Lee is one of the very few politicians who lost an office following the allocation of stadium money. The first politician who lost his post because of stadium subsidy support was Wisconsin State Senator George Petak who was recalled in 1996 after switching his vote from no to yes to provide money for a proposed Milwaukee Brewers baseball stadium. Miami Mayor Carlos Alvarez was recalled in 2011 partially for his support of a planned Miami baseball stadium. Lee might not be the only one gone, homeowners could be losing their dwellings so the county can be a road to the stadium. 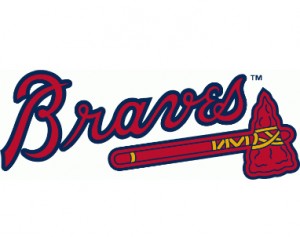 Cobb County will welcome a new business, the Atlanta Braves next April, but not everyone is happy with the team coming to the county.