You don’t have to look very hard to find a Tampa Bay angle to this World Series.

Just check out the bespectacled man in the Cubs dugout, pulling the strings with a twinkle in his eye. That would be Joe Maddon, who managed the Rays to four postseason appearances before making the move from Tropicana Field to Wrigley Field.

That’s like going from the Vegas lounge to the main showroom.

Check out Chicago’s veteran switch-hitter, one of the most versatile players in the big leagues. That would be 35-year-old Ben Zobrist, seeking to kand a World Series ring for the second consecutive year. 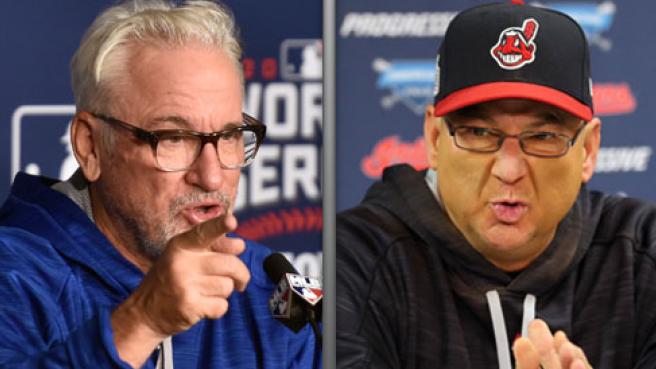 And with southpaw Jon Lester set to open Game 1 on the mound for the Cubs, check out Cleveland’s secret weapon against left-handed pitching. That would be outfielder Brandon Guyer, who was acquired from Tampa Bay at the trade deadline for two prospects.
After helping the Royals to a World Series title last fall, Zobrist decided to test free agency. Maddon loves guys who can play multiple positions and he led the charge to secure Zobrist’s services.

Zobrist generated a lot of interest in the market place, but the Cubs signed him on Dec. 8 and he responded with a solid regular season, hitting 18 homers and scoring 94 runs while posting a .386 on-base percentage.

Now, the 3-time All-Star is on the brink of making history.

“It feels different because it’s the Cubs,” Zobrist says. “There’s a lot of anticipation, a lot of excitement. Knowing the history, it just adds a little more motivation of trying to make the first time you get there count.”

Maddon and Zobrist were together in 2008, when the Rays won the American League pennant before falling to the Phillies.

When the Cubs reported to Mesa, Ariz., for spring training in February, it was World Series or bust. Everyone in the organization knew a National League flag was the bare minimum for a franchise that hadn’t been to a World Series since 1945. 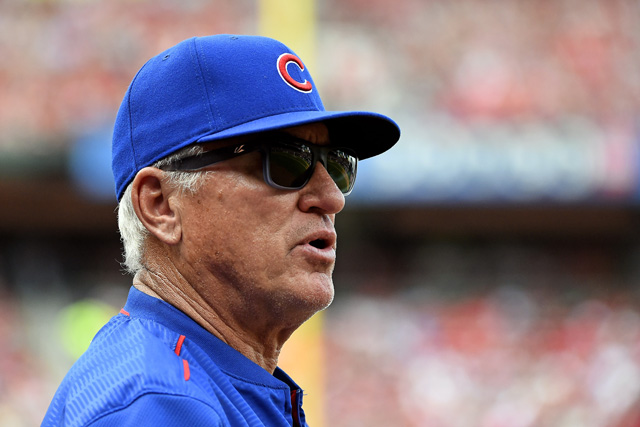 “In spring training, there was an inordinate amount of expectations and pressure that was heaped upon us, and I tried to convince our guys that’s a good thing,” Maddon says. “Why would you ever want to do anything or be part of a situation or moment that did not have great expectations?

“The alternative is that right now I could be in Tampa cooking steaks in my backyard, making sure DirecTV is working properly. And I’d much prefer this reality.” 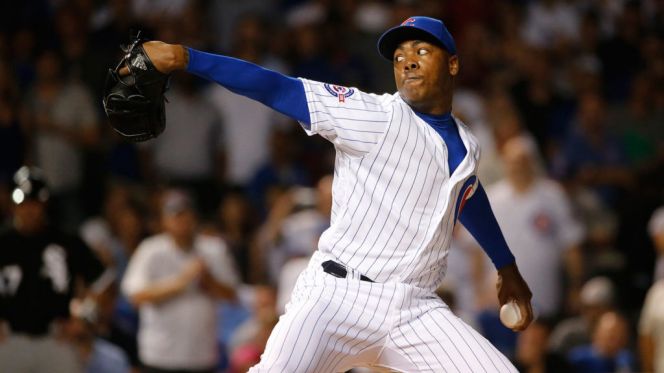 So Maddon went out and led Chicago to 103 wins, wrapping up a playoff spot in mid-September. In Game 4 of the divisional series, Zobrist lashed a double to key a 4-run rally in the ninth inning at San Francisco that eliminated the pesky Giants.

Although he’s hitting only .167 in 36 postseason at-bats this fall, Zobrist is a smart, patient customer who works the count and knows the strike zone.

He faces a difficult challenge against an Indians staff that fashioned a 1.77 ERA against the Red Sox and Blue Jays in the past few weeks.

“We have fun together and that’s such a key element,” Zobrist says. “We keep it light and we keep it fun.” 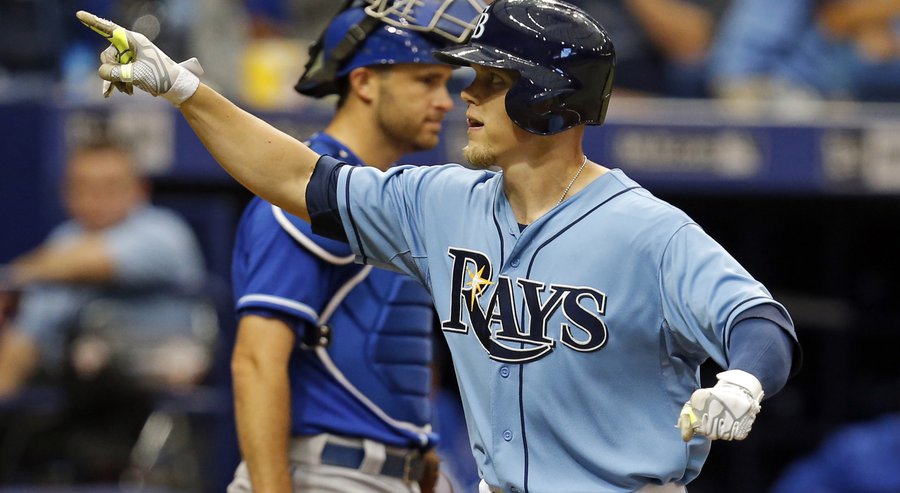 Guyer has enjoyed his time in Cleveland, hitting .333 for the Indians and playing significant games for a change. He had three hits in Game 2 against Boston as Cleveland cruised to a 6-0 triumph by roughing up ex-Rays ace David Price.

Guyer’s career batting average vs. southpaws is .289, compared to a .236 mark against right-handers. Because Lester is Chicago’s only southpaw starter, Guyer needs to capitalize on his Game 1 opportunities.

In St. Petersburg, Guyer was accustomed to playing in front of sparse crowds. You could hear conversations from two sections over at the Trop.
Let’s see how the bright lights affect Guyer, Zobrist and Maddon as they continue to put their Pinellas County past behind them.

So, be sure to check-out the World Series edition of the Sunshine Boys podcast and you might be surprised to see who they have winning this year’s crown.