Have you heard the news? San Francisco Giants team officials have decided to install a new scoreboard in the team’s stadium because Giants personnel think the scoreboard that comes complete with a large television will attract customers to the ballpark. Giants’ management is of the belief that the stadium experience cannot compete with the in home experience and a big screen TV in a living room or a bedroom.  The Giants CEO Larry Baer thinks it will be the best scoreboard in baseball although it will only be the third largest TV/information center in Major League Baseball. Cleveland and Seattle have bigger units. But if it is any consolation to Baer and his Giants business, the structure will be the largest scoreboard in California. Sports has changed.  At one time, when the San Francisco Giants organization was headquartered in New York, there was a serious discussion among New York and possibly baseball fans across the country about the best centerfielder in the game. Was it the Giants’ Willie Mays, or the New York Yankees’ Mickey Mantle or the Brooklyn Dodgers’ Duke Snider? In New York, Giants and Dodgers fans fought over baseball matters.

People, at one time, went to baseball games to watch baseball and were not interested in dining experiences or the fan experience. The fan experience seems to be a euphemism for getting a customer to spend money for valet parking, dining and merchandise while loud music blares and commercials shown on the in-venue TV screen. The Giants organization wants people in the building even though TV thanks to federal legislation is able to give the business millions upon millions of dollars annually. Here is a suggestion for the Giants ownership in its battle with home TV. Go back to 1958 and 1959 and show no games on local TV and give up the TV money. 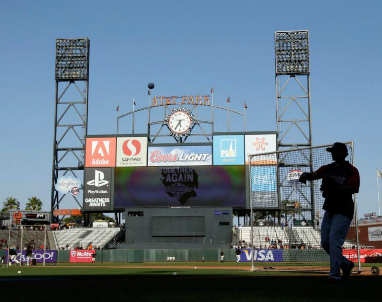