Sports Talk Florida – N
Listen Now WHBO AM 1040
Listen Now WWBA AM 820
Home MLB MLB Lawyer: We Are Not Going To Be Part-Owner Of A Bookmaker
Facebook
Twitter
Pinterest
WhatsApp

The July numbers are in from sports betting in New Jersey. Three casinos and two racetracks took more than $40 million in bets. Overall, $57 million has been wagered in the Garden State from June 14, when sports betting started in New Jersey, through July 31. The state takes a piece of that total, so in a sense it is found money for New Jersey. The August numbers should be better as the Meadowlands racetrack wagering opened in mid-July. The Meadowlands racetrack has an interesting partner that runs a sports book.  FanDuel. That business, an online sports fantasy company, is a National Basketball Association marketing partner. The NBA has been partners with a gambling, rather a games of skill, business since 2014. Not only is FanDuel a marketing partner but the NBA has a piece of the company. 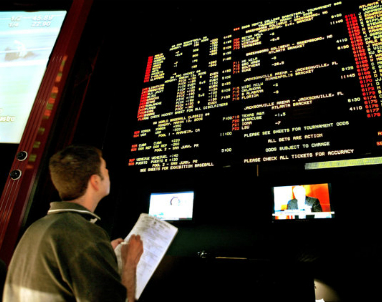