Major League Baseball Commissioner Rob Manfred has expressed an interest in seeing his business add two teams in the future but before that happens, Manfred and his bosses, the 30 owners of Major League Baseball teams have to fix a problem. There is a need for new stadiums in Oakland and in the Tampa Bay market. Tampa Bay ownership has hopes of building a 28-thousand seat stadium in Tampa while Oakland officials are still going around the city looking for a suitable spot for a ballpark.  Manfred wants to see Oakland come up with a solution because Oakland offers more to the business of Major League Baseball than cities looking to get a team. Those cities include Montreal, Portland, Oregon, Charlotte, Las Vegas, Nashville and perhaps Mexico City or Monterey two Mexican cities that Manfred and baseball officials have or did have on baseball’s expansion list.

Manfred probably upset some people in the cities trying to get an expansion team or maybe trying to get either Oakland or Tampa Bay owners or both to give other cities a chance at landing the franchise if local plans fall through. Manfred said, “It is because I believe that there is not another market in the United States that has the upside potential that Oakland has, and I think we would regret leaving Oakland.”  Oakland is part of the San Francisco Bay Area market and not far from the Silicon Valley and has wealth. Major League Baseball has always treated that market with two teams differently than other two-team markets in New York, Los Angeles and Chicago. Oakland ownership was blocked from moving to San Jose because the San Francisco Giants have the territorial rights to that city in the south bay.  The Bay Area is a much bigger TV money market than Portland, Las Vegas, Charlotte and Nashville and is wealthier than those markets. Money counts especially corporate dollars. 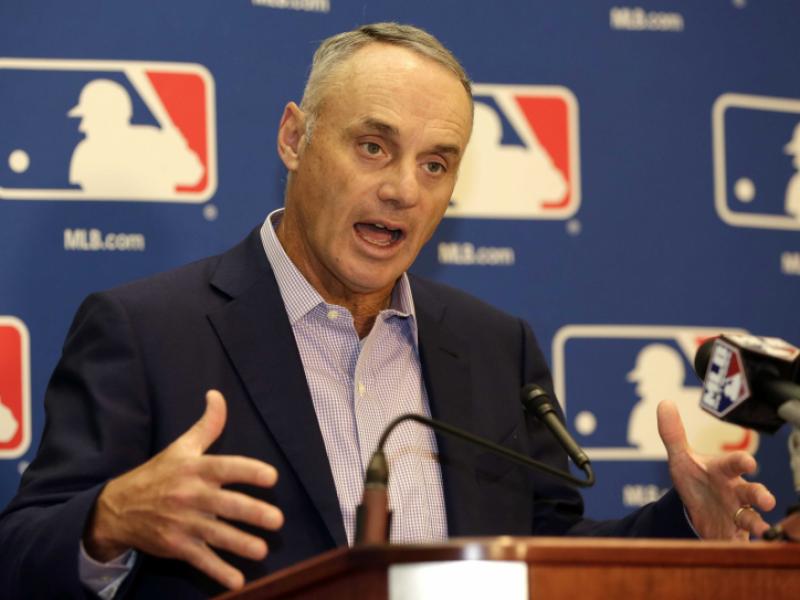 Stay a little while longer.