They are trying to figure it out.

The 2019 Major League Baseball spring training season is rapidly approaching. Teams will set up shop in modern facilities that will include major revenue generating opportunities as spring training has become a big money making opportunity for teams thanks in part to generous local communities who put upon millions upon millions of dollars thinking tourists will flock down to cities in Florida and the Phoenix, Arizona metropolitan area to watch the boys of summer get ready for the season in late winter. The working theory is baseball fans are tiring of cold and snowy weather and want to watch practice games in the Florida and Arizona sun. But what becomes of a state of the art facility that outlives its usefulness? That is a question that is facing Florida’s Lee County and Fort Meyers.  What to do with the City of Palms Park, a spring training facility that was built at a cost of $51.5 million for the Boston Red Sox organization that opened in 1993 and was abandoned by Red Sox ownership after the 2011 spring training season.

When Fort Myers decided to invest in the spring training complex, politicians envisioned the stadium as part of a major development project. That never happened and by 2003, Fort Myers could not afford the payments to maintain the complex and turned to Lee County to bail it out. Since 2012, the complex has been used by Florida Southwestern State College baseball team but the college pays just $30,000 a year to rent the facility. Amateur teams pay $2,000 a year to use the facility. Lee County has to pay $500,000 a year to maintain the place. There is also a debt service of $1.2 million annually that will continue through 2022. Cities spend on spring training facilities even though it’s a loss leader. 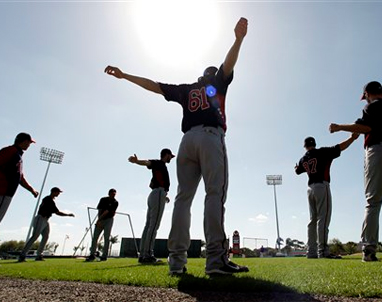 Rays stop 7-game skid, cut the division-leading Red Sox margin to 1/2. A win tonight would put Tampa back on to in the AL...