Baseball executives are headed to Central Florida for the annual winter meetings with some optimism that baseball is going through a renaissance, a word that has been used since the 1994-95 players strike. The reason? The 2017 World Series did fairly well in TV ratings. Game seven which featured the country’s second biggest market Los Angeles, with the Dodgers, and another top 10 market, Houston, with the Astros, drew about 28 million viewers who watched pieces of the contest on FOX. That number, though, was significantly down from the 2016 when 40 million viewers sampled Game 7 of the Chicago Cubs-Cleveland Indians game. Baseball has been on a long decline in the TV ratings contest. In 1986, the final game of the New York Mets-Boston Red Sox series had around 55 million viewers.  The real winner of the World Series was Rupert Murdoch’s FOX syndication arm which got five prime time wins in one of the three most important ratings period in the TV industry, the November sweeps which is used to set advertising prices later on in the TV season.

The World Series didn’t attract all that many people in the 18 to 49 year old category and that is baseball’s biggest concern. The World Series is an event and something to talk about the next day at work.  18 to 49 year olds did sample the games, baseball in that category beat college football and the NFL in head to head competition. But there was erosion as FOX lost NFL viewers who didn’t stick around for Game 5 on Sunday night.  The trick for baseball is how to get children interested in playing the game and having them follow the game. Can baseball executives come up with gimmicks that will capture young people’s imagination? One of the proposals, a limited TV series about Babe Ruth, bad guy. The Babe died in 1948. 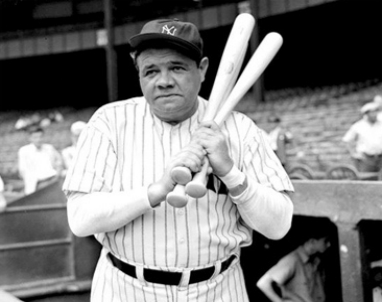