MLB’s dirty laundry is coming out in court.

Dear Major League Baseball owners and members of the Major League Baseball Players Association. You have a problem far bigger than squabbling over money in your collective bargaining talks. The trial of the United States against Eric Kay in the death of Los Angeles Angels of Anaheim pitcher Tyler Skaggs in 2019 has exposed drug usage among other players on the Angels’ roster. Eric Kay was a Los Angeles Angels of Anaheim public relations employee and travelled with the team. Kay is accused of supplying opioid painkillers to Skaggs who choked on his own vomit and died on July 1st, 2019 in Southlake, Texas. The Tarrant County, Texas medical examiner concluded the death was accidental. Skaggs’ body was loaded with drugs.

The Kay trial suggests there is far more drug usage in MLB than the industry thought. Three players, Cam Bedrosian, C.J. Cron and Michael Morin told a federal jury in Fort Worth that Kay was their sole source of oxycodone pills. A fourth player, Matt Harvey, testified he bought pills from Kay and received pills from an outside source in Rhode Island twice. He said one of those times from the outside source was in April 2019 when Skaggs requested the pills. Harvey admitted to using cocaine, as well as oxycodone and Percocet. MLB went through the Pittsburgh drug trial in 1985. Keith Hernandez, Dave Parker, Jeffrey Leonard, John Milner, Dale Berra, Lonnie Smith, Enos Cabell were among the players testifying about the ease of getting cocaine in the Pittsburgh stadium clubhouse. On February 28th, 1986, MLB Commissioner Peter Ueberroth handed down suspensions to 11 players. All the suspensions were commuted in exchange for fines and community service. MLB survived in 1986 but has a massive problem today far bigger than a dispute over money. 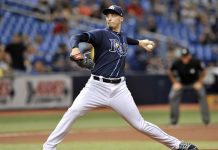 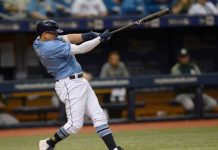 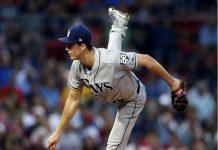 In Loss, Rays Glasnow Turns Negative Into A Growth Moment 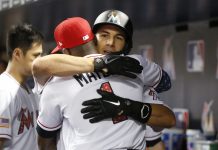 Rays Rally To Tie In Ninth, Lose To Marlins In Extras 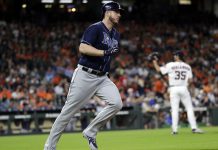 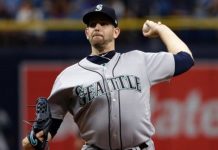