For those who have not noticed, New York Governor Andrew Cuomo has been instrumental in facilitating New York State’s sports business. Last October, Cuomo was involved with the sale of the Syracuse Chiefs, a baseball Triple A minor league franchise in the International League to the New York Mets ownership. The Mets will take over the club’s operations in 2019 and rebrand the team the Syracuse Mets. Cuomo’s fingerprints seem to be all over the New York Islanders ownership plan to build an arena and a business sector on empty land by the Belmont Racetrack on the New York City-Nassau County line. New York State’s Empire State Development agency issued a Request For Proposals for the state owned land in late July and the RFP seemed to be written to suit the Islanders’ owner need for a hockey arena. Within five months, the Islanders ownership along with its partners, the Mets and Madison Square Garden ownership won the right to develop the property. Cuomo announced the winning bid and then suggested that the Islanders play some games at the renovated Nassau Coliseum as the state pressured the Islanders and the owner of the Brooklyn arena and license holder of the Nassau Coliseum to make that happen until the Belmont arena opens in 2021. Cuomo is helping with finances as the state is giving $6 million to make sure the Coliseum is fixed up for the team.

Don’t think the NFL is not watching. The Orchard Park, New York based Buffalo Bills are nearing the end of a lease agreement with six years to go on the document. Cuomo was involved in the Bills-Erie County-New York State partnership in 2012. New York State kicked in $54 million in the stadium renovation costs. At this point, there is nothing happening. Cuomo is running for re-election and the Buffalo stadium issue will come up in 2019 or 2020 regardless who wins the November election. 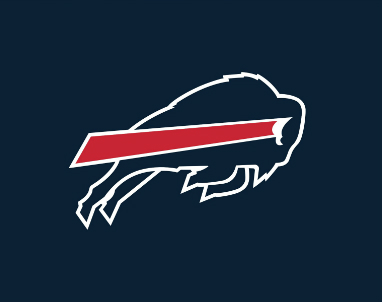 Is Buffalo next in line to get Cuomo money? 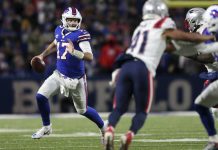