There is money is baseball

Every year Forbes Magazine comes out with its list of what every Major League Baseball franchise is worth. This is an exercise in academics because the value of a team becomes public if an owner decides to sell the team. So this is strictly one of those, it is fun to speculate what a team is worth in the mind of the author of this study Mike Ozanian. For what it is worth, Forbes has the New York Yankees business as king of the hill, top of the heap. If the Forbes assessment was around in 1957, The New York Yankees business would have king of the hill top of the heap followed by the Brooklyn Dodgers. In 2019, it is the Yankees followed by the Los Angeles Dodgers. The Yankees franchise is worth $4.6 billion, the Dodgers organization clocks in at $3.3 billion which is one hundred million dollars better than John Henry’s Boston Red Sox.  The Chicago Cubs and San Francisco Giants round out the top five.

What the Forbes study does find is this. Major League Baseball teams are valuable even the bottom two teams, the Tampa Bay Rays and Miami Marlins are thought to be worth a tad more than a billion dollars. There are reasons for the worth that stem from 1980s Reagan era decisions including the 1984 Cable TV Act and the 1986 Tax Code Revision that sent a torrent of money sports owners’ way. Sports league took advantage of cable TV socialism and how stadiums and arenas were funded and saw their investments skyrocket in value. Forbes has baseball’s two neediest franchises Oakland and Tampa Bay, whose owners want and facilities, near the bottom of the list. It appears no MLB team is for sale so the Forbes list is strictly for reader amusement only. 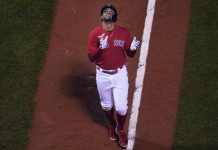 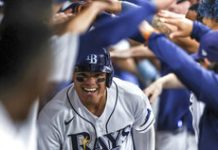