At the Winter Meetings in National Harbor outside of Washington D.C., Rays Vice President of Baseball Operations and General Manager Erik Neander spoke of how to improve the club in 2017. “The way that we look at it is we like a lot of the players that we have, but I think we also need to be realistic with where we finished in the standings, and where we’ve been the last couple of years,” he said. “I think at minimum, we need to create greater competition for the various spots for playing time on our club.”

On a teleconference call with the media he reiterated that point. “One of the goals we set out to accomplish this winter was to put ourselves in a position to be competitive in 2017. Really doing everything we can to increase competition within our group. To be more dynamic and have a greater mix and see how it all shakes out.”

The Rays as they often do turned to their stockpile of pitching to make a trade. Chris Archer, Jake Odorizzi, Alex Cobb, Blake Snell, Matt Andriese, Chase Whitley, Erasmo Ramirez, and Drew Smyly gave the club the ability to go out and field offers and finally found a partner with the Mariners.

Smyly’s Tenure With The Rays Comes To An End:

Erik Neander said he had an opportunity to talk to Smyly and said that the Rays believe his best baseball was still in front of him and wished him the best and Smyly was great with them in return.

Injuries Slowed Him Down With Rays

His tenure with the Rays was marred by a shoulder injury (torn labrum) that landed him on the disabled list twice in 2015. He elected not to undergo surgery, which  is his right, and underwent a rehab program designed by Dr. Keith Meister (Texas Rangers team doctor).

MLB Trade Rumors projects a 2017 salary of $6.9MM in his second time through the arbitration process (Super 2 player).  He went to arbitration with the Rays prior to the 2016 season and the arbitrator ruled in his favor awarding him his requested $3.75MM (the Rays had offerred $3.2MM).  His somewhat celebratory tweet to Michael Strahan rubbed many fans the wrong way.

The Mariners will retain his services for two more seasons before he is set to hit the open market. He’ll join a Mariners team that won 86 games finishing in second place and nine games behind the Texas Rangers in the American League West.  He’ll join a rotation that includes former Cy Young Award winner Felix Hernandez, Hishaki Iwakuma, James Paxton, and Yovani Gallardo.

Mariners General Manager Jerry Dipoto was frank about his effort to land Smyly. “I have probably spent more time throughout the course of our off-season,” he told reporters, “in trying to acquire Drew Smyly than any other thing that we’ve done…We focused on him from the get-go.”

What The Rays Got: Mallex Smith, from Tallahassee Florida,  was drafted by the San Diego Padres in the fifth round in 2012 out of Sante Fe Community College in Gainesville, Florida.  In 2014, the Padres sent him along with Max Fried, Dustin Peterson, and Jace Peterson to the Atlanta Braves in exchange for Justin Upton and Aaron Northcraft.

Earlier in the day the Braves sent him to the Mariners along with minor league right Shea Simmons in exchnage for a pair of minor league lefties in Luiz Gohara and Thomas Burrows.

His speed is his biggest asset ranking an 80 on the 20-80 scouting scale. His speed allows him to cover a large amount of ground in the outfield but his routes are often scattered and he does not possess a big arm. He has shown good plate discipline and the ability to get on base n his minor league career in which he has hit .296/.382/.389 (456-for-1,539) over parts of five season.

“We’re really excited to add Mallex to our organization.” Neander said. “He’s a very dynamic player, he’s an impact athlete, he’s only in his early 20’s with a lot of time ahead of him.”

Of Course, An Arm Is Coming Back:

“A guy that can really execute with his fastball is learning a changeup and has a very usable breaking ball.” Neander said. “Somebody that had a very nice year in Double-A and we think is not far off from helping us at the big league level.

The Way Off Into The Future Prospect:

At the time ranked 29th out of 30 on MLB.com’s international prospect list.  Their scouting report said, “Carlos carries himself with a confidence that is beyond his years. Scouts like his raw power and projectable body, and many believe he will have a chance to hit for power in games in the future.:

The Rays did well in dealing from an area of strength. They also were able to move a player who has battled a torn labrum and is entering the final two years of arbitration in which he stands to make near $15MM.

As for the talent in return. The Rays want a more dynamic team. This means more speed, more defense, and more ways to beat you than just the solo home run. The addition of Colby Rasmus and Mallex Smith go a long way to helping the team with their run prevention. Not to mention adding Matt Duffy at the trade deadline last year should give them a defensive presence up the middle.

On the scale of like it, love it, or hate it, Rays fans should like this deal today and may grow to love it based on the development of the three players the Rays received.

Rays Have Plenty Of Items On Their Holiday Wish List 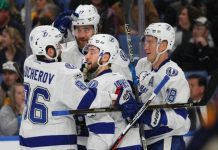 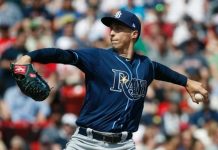 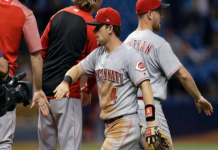 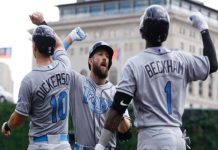 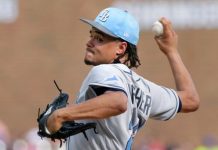