The physical and emotional toll of a long rehab from Tommy John surgery more than likely has caught up to Rays’ right hander Alex Cobb. For the second straight outing he was rocked by the opposition. On Tuesday night, he allowed eight earned runs on eight hits while striking out two and walking two in just three innings of work. In his last two outings he’s allowed 15 earned runs on 17 hits in just 4 1/3 innings. 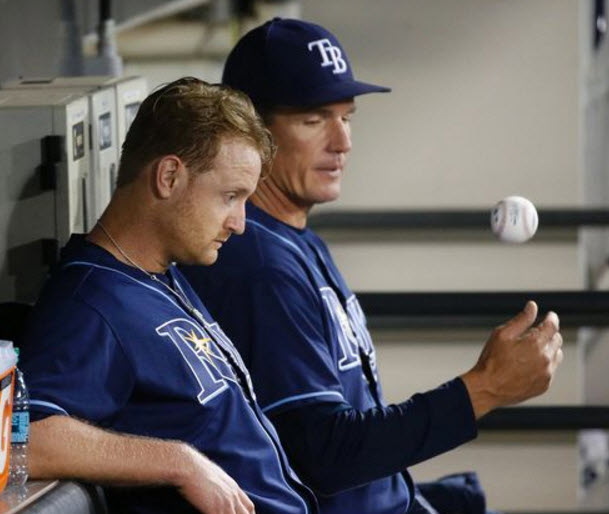 The Rays pen didn’t perform much better allowing five runs (three earned) in the final five innings of work. Steve Geltz, who took over for Cobb in the fourth, worked a scoreless frame. Chase Whitley worked 3 2/3 innings allowing four runs (two earned) on four hits while striking out five and walking one. Dana Eveland worked the eighth inning allowing an earned run in 1/3-innings of work.

Curt Casali went 2-for-4 and hit his eighth home run of the season. It was his first homer since his recall September 1st and his first since July 3oth against Nathan Eovaldi of the New York Yankees.

Richie Shaffer went 3-for-4. It was his second multi-hit game of the season (also August 10th versus the Blue Jays) and fifth multi-hit game of his career. The three hits also matched a career best equaling his hit total against the New York Mets on August 9, 2015.

Juniel Querecuto recorded his first major league hit, an RBI triple that scored Richie Shaffer and Alexei Ramirez in the top of the ninth inning.