Tampa Bay Rays owner Stu Sternberg and his partners now have a place they have identified as a perfect spot for a Tampa baseball park. That is probably the easy part. Now comes the difficult part, getting approval to build the structure, getting money to pay for the facility and leaving the Rays’ present baseball home in St. Petersburg. Sternberg, who is from New York, probably won’t get the same fast track approval for his baseball park as the NHL’s New York Islanders ownership received from the state of New York to win the right to build an arena on state owned property at the Belmont racetrack site. The Islanders owners placed a bid for the property in late September and got the right to build on the land on December 19. It took less than three months.

Rays ownership plans to put up some money for construction costs. But questions such as actual stadium cost, providing infrastructure to support the facility and whether Tampa, Hillsborough County or state residents or Florida tourists will be asked to put up a significant piece of the tab need to be answered. Florida lawmakers have slowed down handing out funding for sports venues around the state.  All of these questions will not be answered in a 90 day period. Rays ownership has been looking to get out of St. Petersburg for a while. The team plays in a stadium that in the mid-1980s Major League Baseball Commissioner Peter Ueberroth told St. Petersburg politicians to not build when planning started on placing a ballpark in the city. To make matters worse, when St. Petersburg got the franchise in 1995, Devil Rays’ ownership locked themselves into a 30-year lease with the city instead of the usual 20 years. The lease ends in 2027. Sternberg and his Rays partners are not getting the stadium anytime soon even if money suddenly appears to cover building costs. 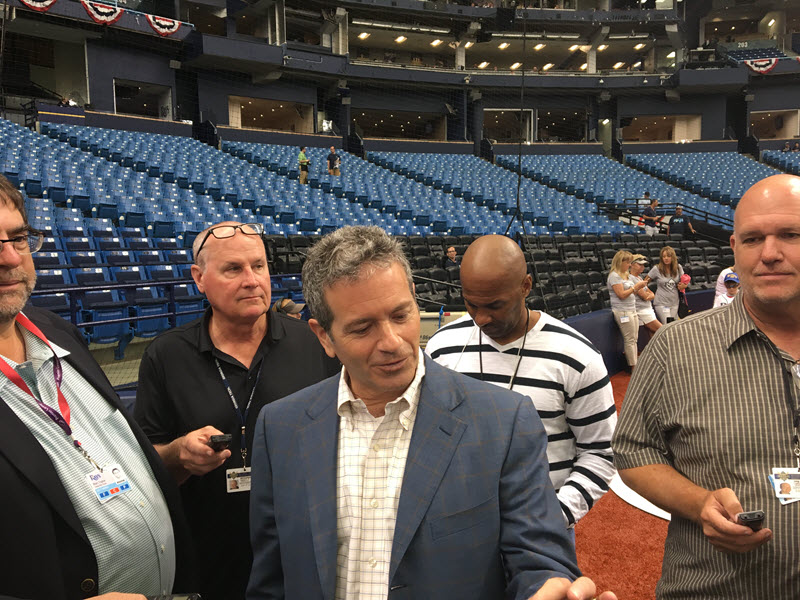