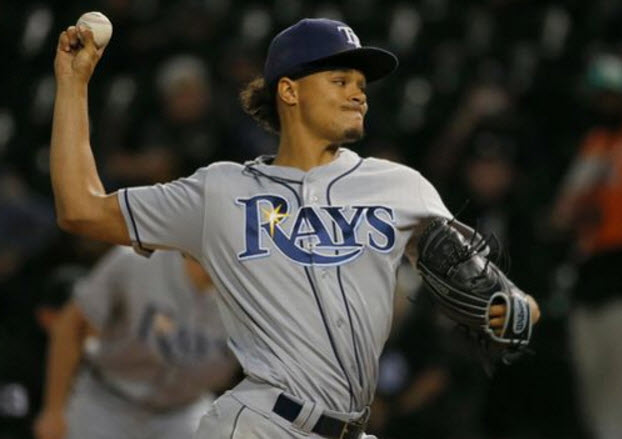 Kevin Kiermaier finished the night with three hits. It was his eighth game of three hits or more on the season and first since September 22nd against the New York Yankees. His season high for hits in a game is four against the Yankees on September 8th. He’s batting (36-for-110) over his last 29 games since August 27th, raising his average from .219 to .250 and his on-base percentage from .307 to .333.

Alexei Ramirez had a pair of hits and finished the game 2-for-3 with a walk. It was his third multi-hit game since joining the Rays on September 8th. He also added a stolen base in the top of the seventh inning.

Brad Miller walked three times. It was his first three walk game as a member of the Rays and his third game in his career. The last time he drew three walks in a game on July 25, 2014 against the Baltimore Orioles while he was a member of the Seattle Mariners.

The Rays travel to Texas to take on the Rangers in their final series of the season beginning Friday night. Matt Andriese (8-7, 4.34 ERA) will take the mound for the Rays and Yu Darvish (6-5, 3.53 ERA) takes the mound for Texas.