Drew Smyly worked five innings and allowed three earned runs on seven hits while striking out five and walking one. The loss snaps a string of five winning decisions spanning his previous 11 starts. 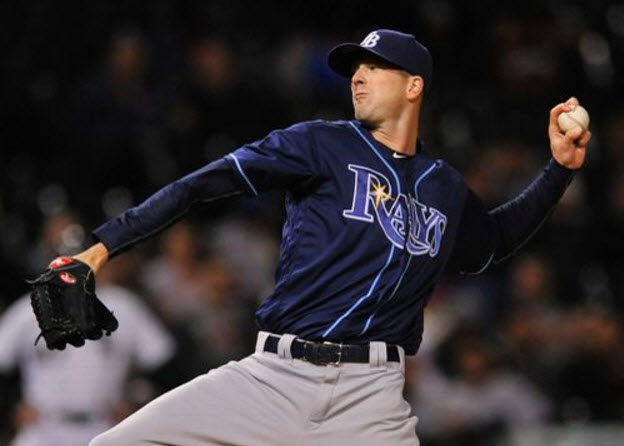 Ryan Garton worked a scoreless sixth inning before handing the ball to Kevin Jepsen to work the seventh. It was his 58th appearance on the season and first since working a scoreless inning against the Toronto Blue Jays on September 13th.

Jepsen retired a pair of batters before walking Jose Abreu and departing the game in favor of the lefty Enny Romero to face lefty Justin Morneau. The move did not work out as Manager Kevin Cash had hoped as Morneau homered to extend the Sox lead to 5-1. Romero remained in the game in the eighth inning and surrendered a 2-run homer to Carlos Sanchez to push the Sox lead to 7-1.

The Rays hit into four double plays and left 10 men on base and finished the game 2-for-14 with runners in scoring position. It was just the 23rd time in franchise history that they grounded into four or more double plays in a single game and first since May 27, 2015 against the Seattle Mariners.

Kevin Kiermaier was forced out of Sunday’s game against the Boston Red Sox after being hit in the wrist with a pitch by Eduardo Rodriguez. According to Marc Topkin (Twitter) of the Tampa Bay Times, his hand was still sore and feels that swinging may be difficult. He may be able to return to the lineup Tuesday.

Last Wednesday he lasted just 1 1/3 innings, the shortest outing of his career, allowing seven runs on nine hits striking out two and walking one.