Tanner Scheppers (1-1, 4.15 ERA) takes the loss for the Rangers who now await the winner of the AL Wild Card game between the Baltimore Orioles and Toronto Blue Jays. Despite blowing his third save of the season Alex Colome (2-4, 1.91 ERA) picks up the win and Erasmo Ramirez picks up his second save. 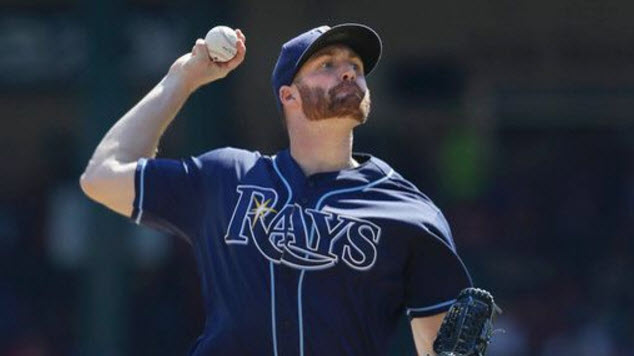 Chase Whitley, making his first start since facing the Rays on May 14, 2015 (506 days), worked four innings allowing two earned runs on six hits while striking out four and walking one. He became the ninth Rays pitcher to make a start this season (only the Blue Jays used fewer with seven). He also joins Tim Corcoran (2005) and Cory Lidle (1999) as the only Rays to make their first start in the last game of the season.

Ryan Garton took over for Whitley and worked a scoreless fifth and Eddie Gamboa followed with two scoreless frames of his own.

Brad Boxberger had an interesting inning retiring two batters and walking four but his stat line was protected when Danny Farquhar entered and fanned the only batter he faced.

Alex Colome worked the ninth inning and blew his third save of the season pushing the game into extra innings.

Erasmo Ramirez worked the tenth inning and picked up his second save on the season. He finishes the season with the most relief innings (85) pitched of any reliever in the AL.
Offense:

Alexei Ramirez finished the day 4-for-5. Ramirez was a late signing by the Rays and over the month of September was impressive with the way he approached the game and showed just enough with the bat to possibly earn a spot on the 2017 squad as a utility infielder.

The Rays six extra bast hits give them 535 extra-base hits on the season which breaks the franchise mark of 532 previously held in 2009.

Evan Longoria played in his 160th game marking the fourth consecutive season to do so. He joins just two other active players Adrian Gonzalez (four times, 2007-2010 with San Diego Padres) and Ichiro Suzuki (Five times, 2004-2008 with Seattle Mariners). Prince Fielder, who was forced to retire this season due to a neck injury, also appeared in five consecutive seasons from 2009-2013 with the Milwaukee Brewers.

The Rays will take the field 182 days from today, April 2nd 2016 against the New York Yankees. The game will be part of ESPN’s Opening Day baseball.