Baseball and other sports cards are big business.

For boys and girls growing up in the 1950s and 1960s, Sy Berger was an influential character. The kids who liked baseball didn’t know who Sy Berger was but they knew his product. TOPPS baseball cards. Kids were introduced to players through those cards. A card cost a penny but were very important financially to players in baseball, football, basketball and hockey. In 2021, cards are big business. The Topps Company is going public on NASDAQ after a merger with Mudrick Capital.

If you hung out in the visiting clubhouse at either Yankee or Shea Stadium in New York in the 1980s and 1990s, you would see the one man, Berger, who brought a smile to every player’s face. He was known as the baseball card man. When Berger started his job, there wasn’t a baseball card industry but in 1951, Berger invented the modern design for trading cards. To get players to sign up with Topps baseball cards, Berger would give them some money, maybe $75 or give them a catalogue where a player could get something in exchange for his likeness. The players’ likeness would become extremely important as time went on. Marvin Miller and the Major League Baseball Players Association fought with TOPPS over money. Miller eventually got TOPPS to pay players $250 plus a percentage of baseball card sales. Licensing money from cards is controlled by the players association and has been used for strike funds. Topps played hardball with Miller, and other companies looking to get into the business. In 1980, a court allowed Miller and the players to offer licenses to other companies to produce baseball cards. Cards bring in licensing money but long gone are the days when kids looked forward to the first series of the new year’s baseball cards. 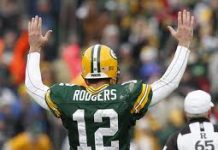