Losing the Yankees partnership is not easy.

About three decades ago, the Executive Director of the Major League Baseball Players Association Donald Fehr was sitting in a dugout in Winter Haven, Florida prior to a spring training game and discussing how he went about doing his job representing the players in labor negotiations. Fehr said he was going against 26 of the biggest capitalists in the world and it was not easy but you needed to remind yourself of that in negotiating with Major League Baseball owners. Not much has changed in three decades. There are more Major League Baseball owners, 30 now instead of 26, but the game is the same. You need to have an understanding of the owners’ mentality.

Minor League Baseball as an independent body with a working relationship with Major League Baseball owners is no more. MLB has taken over and some minor league operators have had affiliations pulled and face losing their baseball business. The owner of the Trenton Thunder is not very happy that the New York Yankees ownership pulled its working agreement with the Thunder ownership and will put its Double A farm team in Bridgewater, New Jersey. Thunder owner Joseph Plumeri claimed he first learned that the business partnership with the Yankees was pulled because he read it in Baseball America. Then Plumeri leveled another charge against the Yankees decision calling it a “calculated and ungracious maneuver to leave the urban setting of Trenton for the affluent confines of Bridgewater.” Then Plumeri said that the Yankees “misled and abandoned the Thunder and the taxpayers of Mercer County, New Jersey, who have invested millions of dollars over the years to ensure that Trenton’s Park remains one of the premier ballparks in America.” Trenton may get another affiliation but Major League Baseball ownership has not changed, they still run a cut throat business.

Fehr Expects NHL Players Will Participate In The Beijing Olympics, But…. 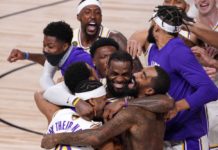 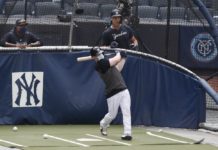