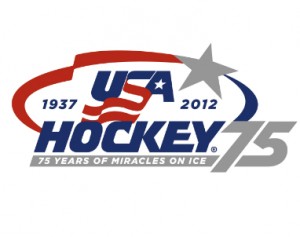 HELSINKI, Finland – The U.S. National Junior Team defeated Sweden in overtime, 3-2, in a pre-tournament contest here tonight at Vantaa Valtti Arena. The game was the first of two that precede the 2013 International Ice Hockey Federation World Junior Championship Dec. 26, 2012-Jan. 5, 2013, in Ufa, Russia. Team USA picked up a pair of goals from its defensemen, including the game-winner by Shayne Gostisbehere (Margate, Fla./Union College), and negated eight of nine Sweden power plays.

“Overall, I think our special teams did a great job tonight,” said Phil Housley, head coach of the U.S. National Junior Team. “We got an early goal on the power play, which got us settled in. Also our penalty killing was extraordinary, especially on the two extended five-on-threes. The guys played hard, were competitive and played with tempo. Also, we wanted to see the guys we have to make decisions on and I believe we were able to do that.”

Sweden took the early lead at 2:35 on a wrist shot from the left circle. Team USA responded two minutes later on a power-play marker by Connor Murphy (Dublin, Ohio/Sarnia Sting). Jim Vesey (North Reading, Mass./Harvard Univ.) slid a pass from the goal line to the left point for Murphy. After faking a shot, Murphy moved down to the high slot and snapped the puck over the goaltender’s glove for a 1-1 score.
Team USA then weathered four straight Sweden power plays and gained e a 2-1 advantage at 3:48 of the second stanza. Mario Lucia (Plymouth, Minn./Univ. of Notre Dame) forced a turnover behind the Sweden net and flipped a pass into the lower right slot, where Ryan Hartman (West Dundee, Ill./Plymouth Whalers) was waiting to blast it into the net. Sweden knotted the game at two with a power-play goal late in the second period.

Despite each team having multiple power plays in the third period, no goals were scored to set up a four-on-four overtime period. At 1:38 of the extra frame, Sean Kuraly (Dublin, Ohio/Miami Univ.) won an offensive zone faceoff back to the right point. Gostisbehere hammered the puck through traffic and into the top of the Sweden net.

Up next for Team USA is its second and final pre-tournament game vs. Finland on Dec. 22. Game time locally is 1 p.m. (6 a.m. ET) at the Helsinki Ice Hall.